NGO Green Home: Montenegro to clarify whether TPP Pljevlja will be shut down 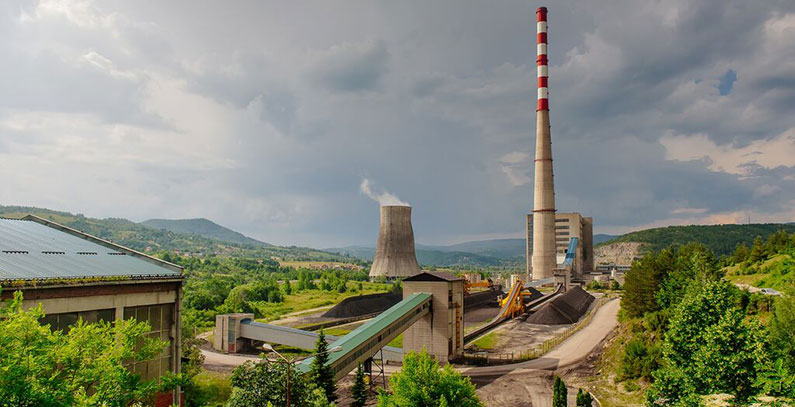 Montenegrin non-governmental organization Green Home has called on the Ministry of Economy and state power utility Elektroprivreda Crne Gore (EPCG) to disclose whether TPP Pljevlja will consume its remaining allowed operational hours in about 20 days and whether they have a plan if the thermal power plant is closed.

TPP Pljevlja, with an installed capacity of 225 MW, accounts for 25% of EPCG’s production capacity, but its share in the power utility’s overall output is nearly 40%.

The Energy Community previously estimated that TPP Pljevlja might use up the 20,000 operational hours by November this year

The Energy Community Secretariat’s estimates from July indicate that TPP Pljevlja’s sole power generation unit will be the first of ten in the region to use up the allocated 20,000 operational hours, and that this will happen in November this year. However, the secretariat’s 2019 Implementation Report forecasts that TPP Pljevlja’s remaining operating hours may be used up as early as October.

TPP Pljevlja’ sole unit is one of ten units in the Energy Community contracting parties that are still operating under the opt-out mechanism, one of the models aimed at implementing the EU’s Large Combustion Plants Directive (LCPD) in these countries. The other nine power generation units operating under the opt-out regime are located in power plants Kolubara A (Serbia), Kakanj (BiH), Tuzla (BiH), and Morava (Serbia).

The opt-out mechanism is part of one of two models for implementing the EU’s Large Combustion Plants Directive. That model entails the adoption of a National Emissions Reduction Plan (NERP), which sets limits for overall emissions of SO2, NOx, and particulate matter from all large combustion plants in a country and provides a list of exemptions within the opt-out mechanism. Under the other model, each individual facility must comply with the limit values envisaged by the directive.

The opt-out mechanism allows members to exempt certain coal-fired power plants from compliance with the directive, which came into force on January 1, 2018. Exemption does not mean free rein in electricity production, but rather that power plants can operate for a maximum of 20,000 hours between that date and December 31, 2023.

If the number of operating hours is used up, the Montenegrin power plant can resume operations only if it is modernized

According to the Green Home NGO, if TPP Pljevlja has used up its 20,000 operational hours, it has to be closed, and can resume operations only if it brings its technology into line with the standards for new installations under the Industrial Emissions Directive. However, according to Green Home, this will not happen by 2023 even with the planned overhaul.

An agreement on the TPP Pljevlja overhaul was signed by EPCG in June this year.

Green Home has also called on the Ministry of Economy to tell the public whether Montenegro has requested additional operational hours for TPP Pljevlja from the Energy Community, and, if so, to disclose the outcome of such a request. Given that such a request is likely to be denied, the NGO is asking whether there is a plan that would not be at the expense of citizens in terms of higher electricity prices if TPP Pljevlja is to be shut down.

High time for Montenegro to embark on clean energy transition

Given the crisis faced by TPP Pljevlja and the extremely high cost of coal, in terms of people’s lives and health, it is high time for Montenegro to embark on clean energy transition, which would allow for the adoption of more sustainable solutions for electricity generation and heating in Pljevlja, with a consensus between citizens, the scientific community, and decision makers, the NGO said.

Extending the lifespan of TPP Pljevlja beyond 2023 is a utopia, according to Green Home.