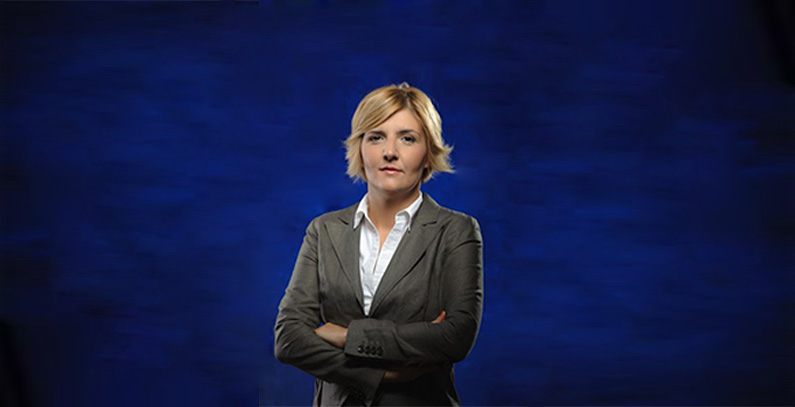 Montenegro has been intensifying efforts to promote and help fund energy efficiency activities through the Directorate for Energy Efficiency, which stimulates consumers of energy: households, the public sector, firms and municipalities. Dragica Sekulić, who heads the body established by the Ministry of Economy, says the efforts focus on creating a long-term financing scheme with adapted programmes across segments.

The directorate is funded from the state budget. „Some of the funds are used for financing implementation of incentive projects, promotional and other activities. The majority of projects are funded from loans and grants,“ she told Balkan Green Energy News. Sekulić has been appointed to the position of director-general in January 2014. She joined the Ministry of Economy of Montenegro in 2005 as an advisor. Before 2010, when she became deputy minister of economy responsible for energy efficiency, she worked on strategies and studies on energy development, sustainability and renewable sources.  She was also the coordinator of projects with German KfW Development Bank in the sector. Three years ago Dragica Sekulić became the chief of the negotiating team for chapter 13 in the process of accession to the European Union.

What new programmes can we expect? Do the companies register perpetual income from energy efficiency measures, adding enough value to increase competitiveness?

During the implementation of several projects in the field of energy efficiency including reconstruction of public buildings and incentives for citizens, the Ministry of Economy cooperates with a large number of Montenegrin companies from various sectors. Under our incentive projects, eligible firms have the opportunity to offer modern technologies to our citizens. In that way, a new market segment is being created in Montenegro. In addition, companies and their employees are acquiring new skills and knowledge. Companies are also improving their business portfolio. Therefore, all participants have benefits in several aspects.

Having in mind achieved results and great interest, the plan of the Ministry of Economy is to establish a sustainable system for financing and to initiate a project aimed at providing different types of subsidies to citizens and small and medium-sized enterprises for the refurbishment of their facilities. In this regard, the ministry has already received technical assistance from the European Union through the Instrument for Pre-Accession Assistance (IPA) support under which the application of different options will be investigated and an appropriate sustainable financial mechanism for energy efficiency and larger use of renewable energy will be introduced.

Did the results in the public sector improve awareness in municipal authorities? How do smaller and poorer communities manage the preparation of projects?

According to the Law on Efficient Use of Energy and relevant by-laws, obligations of municipalities primarily relate to preparation of planning documents in the field of energy efficiency, establishment of an energy management system as well as the energy efficiency information system for buildings under their competence. This should serve as a basis for implementation of specific activities in facilities under the competence of local authorities and for incentives for other final energy users at the municipal territory.

The Ministry of Economy is aware that some Montenegrin municipalities, especially in the north, at the moment do not have the financial capacity and human resources to meet all obligations stipulated in the aforementioned law. Therefore, it has provided certain funds in the 2016 budget in order to support 13 municipalities in northern and central regions of Montenegro to create a basis for future energy efficiency planning. Similar support was provided for the majority of municipalities in the coastal region through IPA project ‘Improvement of Energy Efficiency through an Inter-Municipal Management Network’.

In our opinion, efforts on determining conditions of buildings which are under the competence of municipalities in Montenegro and capacity building of municipal officials in terms of energy management will considerably facilitate further the process of planning and implementation of energy efficiency measures.

What will the completion of the underwater power cable between Italy and Montenegro mean for the domestic electricity market? Do you think the interconnection will boost development of new power projects?

It is the project of the highest priority. It puts Montenegro in the middle of energy flows in this geographical area becoming a strategic energy hub. The project will fully change its energy position and all the neighbouring countries will feel this change as well, especially because this project will provide them the connection with Western Europe. It gives us a huge range of other possibilities of investing in further improvements of the system. The most important one is the Trans-Balkan corridor between Montenegro and Serbia, which will connect the undersea cable from Italy further with Serbia and other traditional exporters of energy.

Good connectivity is necessary for future investments in the energy sector, as well as for free flow of energy through Montenegro, which would benefit our country both financially and strategically. One of the positive impacts will be the construction of production facilities in Montenegro. Our country has showed a strong commitment to implement this project. In this regard, a financing agreement for EUR 25 million for the Trans-Balkan Electricity Corridor’s Montenegrin section has been signed on July 6. It is financed by the European Union and implemented by the German KfW Development Bank.

Furthermore, the project has regional and European importance because it entails boosting Montenegrin infrastructure surrounding the undersea energy cable that will stretch to Italy and the construction of power lines between Montenegro and Serbia. This is the first operationalized project that has been approved in Vienna in 2015, initiated through the Berlin Process and based on the idea of integrating Western Balkan countries.

To what extent are standards and regulations strict in public procurement? What are the experiences from public–private partnerships (PPP) in procedure and implementation?

The Law on Efficient Use of Energy introduced criteria in public procurement procedures and larger involvement of private sector by providing energy services. Support is provided through the Regional Energy Efficiency Program in Western Balkans (REEP), financed by the European Bank for Reconstruction and Development.

Regarding public procurement, a rulebook on methodology for determining the level of energy efficiency in procedure of public procurement of goods and services was prepared and adopted in early 2016 together with the manual. The rulebook defines which subcriteria can be used for the determination of energy efficiency level for different groups of goods and the possibility for scoring related to the most advantageous offer.

Regarding further development of public–private partnership in the field of energy efficiency, the relevant strategic document has recognized that it is necessary for the energy market to be more liberalized, particularly in terms of provision of energy services (ESCO concept). For the energy efficiency measures in the public sector – particularly lighting, water supply and buildings, the establishment of the ESCO model of financing is very important, especially bearing in mind the current financial difficulties in municipalities.

Last year the ministry completed activities on the development of adequate legal framework for the application of the ESCO concept and models of energy performance contracts. In 2015, the ministry, with support of partners from the European Bank for Reconstruction and Development, has started the process of identification of a pilot project which will be implemented by using the ESCO financing model. Completion of this activity depends on several factors and the most important one is adoption of a law on PPP.

What are the main responsibilities of the Directorate for Energy Efficiency? How did it improve its capacities from international support since its establishment?

The ministry, through the directorate, is competent for creating and implementing energy efficiency policy. The Directorate for Energy Efficiency was established in November 2009. Currently, it employs five staff members including the director-general, plus four temporary consultants.

Having in mind the fact that the Directorate for Energy Efficiency, beside infrastructure projects, has implemented several technical assistance projects, which were supported by the EU and many international organizations (GIZ, UNDP, EBRD, KfW etc.), its staff acquired additional knowledge and expertise in many aspects. Furthermore, employees in the directorate are, as representatives of the ministry, participating in training programmes held on regional and European levels.

What is the most effective way to stimulate motivation in the consumers segment, from buying light bulbs to investing in home refurbishment?

Several promotional activities of the Ministry of Economy have largely contributed to awareness rising among Montenegrin citizens for measures in their households. Nevertheless, in my opinion, one of the best ways is the implementation of specific incentive projects. Consequently, citizens will have the opportunity to implement measures and to get familiar, first hand, with all the benefits from the technologies and the savings. In addition, using energy sources that have a less harmful impact on the environment will contribute to reduction of greenhouse gases emissions.

What are the applications of the Monitoring and Verification Platform (MVP)? What is the system of its use?

Under the auspices of the Energy Community, the Deutsche Gesellschaft für Internationalle Zusammenarbeit (GIZ) and its Open Regional Fund for South East Europe – Energy Efficiency (ORF-EE) have supported the Government of Montenegro, as well as the governments of Kosovo, Albania, Macedonia, Serbia, and Bosnia and Herzegovina, in the development of the mechanism. The methodology for monitoring the implementation of national energy efficiency action plans is developed also with the MVP software tool, to calculate achieved energy and economic savings, and indirectly the reduction of greenhouse gas emissions.

MVP is an online platform suitable for national and local levels. It facilitates reporting to national and international bodies. It is important to emphasize that it provides information to energy policy decision makers, enabling evaluation of the effectiveness of various programmes by comparing costs and benefits. In addition, the platform enables better exchange of data between the local and national levels, as well as improving coordination during the planning and implementation of policies.

MVP is in its pilot phase but the plan is to make it the official tool for planning and reporting in the field of energy efficiency at the national level.

What is Montenegro’s potential in energy efficiency with complementary contribution from production from renewable sources? What are the main points and conditions in the country’s strategy?

Our main strategic document, the Energy Development Strategy of Montenegro by 2030, analyses scenarios for achieving energy efficiency and renewable energy targets. However, we are going to give an estimation of the efficiency potential over certain indicators: energy intensity (ratio between energy consumption and the gross domestic product) and the consumption of final energy per capita.

Montenegro is characterized by high energy intensity compared to the EU and some developed countries. In 2014, the intensity of final consumption of energy was at a minimal level of 8,119.3 MJ/000 EUR-2010. The reason for this was the reduction of energy consumption in the industry sector and the slight increase in GDP. However, substantial improvements can be achieved in terms of energy rationalization, especially taking into account a relatively small consumption of final energy per capita in Montenegro (45.6 GJ per capita in 2014), two times lower than the EU and several times lower than in developed countries.

These indicators tell us two things: the economy has to be more efficient as we should generate more value with this amount of energy, and as the economy develops, Montenegrin citizens will spend more energy because the quality of life will be improved.

The main objectives are based on the priorities of the Law on Efficient Use of Energy, as follows: