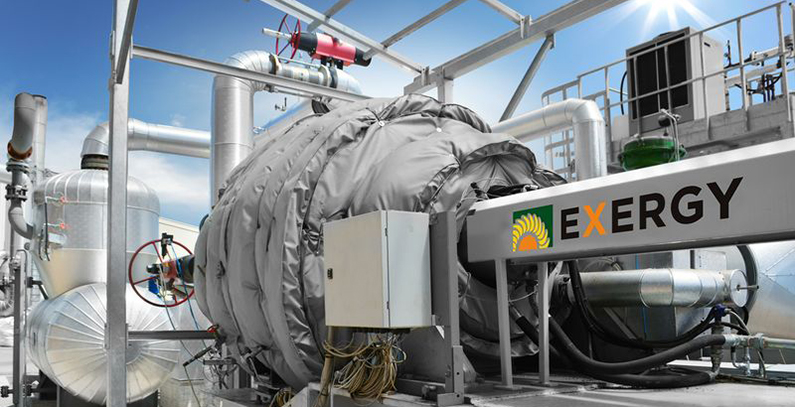 Exergy and Bestepeler Enerji Üretim Ticaret A.s signed a new contract for the supply of a 24 MWe geothermal ORC power plant for a geothermal field near the town of Germencik in Aydin region on the country`s west.

This contract follows the former contract signed in 2015, and represent another success of Italian manufacturer in Turkey. As reported earlier this year, the company’s turbines were used in more than 60% of Turkey’s operational geothermal power plants, which makes Turkey a market of great significance for Exergy.

For a new project, Exergy will provide the client with a two pressure level ORC system equipped with 2x Radial Outflow Turbines, one for each pressure level, to produce totally 24 MWe of electricity from a medium enthalpy geothermal fluid.

Also, the ORC cycle will employ an air cooled condensing system, thus avoiding the use of water.

Equipment for the ORC unit will be manufactured in the Exergy Turkish workshop in Izmir, allowing the client to take advantage of an increased feed-in-tariff that the Turkish Ministry assigns to Made in Turkey technologies. The factory, which has been open for 2 years, has already produced 20 turbines suitable for the increased feed-in-tariff.

The signing of this new contract raises the Exergy portfolio to 360 MWe, with 336 MWe representing geothermal applications.