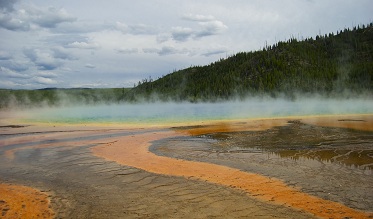 The Turkish subsidiary of Exergy SpA, Italian manufacturer in the geothermal sector, aims to add 100 MW in capacity in Turkey by the end of this year and an additional 100 MW in 2017, said Matteo Quaia, deputy general manager for the country.

He told Anadolu Agency the firm has a turnover of more than TRY 100 million (EUR 30.14 million) and that it is procuring almost all of its components domestically. “This has a very important impact on the local economy as a high amount of the organic Rankine cycle (ORC) plant value remains local, and mainly in the Izmir region where we are based,” Quaia said.

The factory on the Aegean coast manufactures radial outflow turbines.

Italian parent Maccaferri Industrial Group has an annual turnover of EUR 1.2 billion and 4,700 employees across the globe, the agency’s Energy News Terminal noted. Originally based in the Italian province of Varese, it opened its second factory abroad in the city in Turkey’s west, where most of the geothermal power plants in the country are located. The company has undertaken the development and manufacturing process of the ORC turbine.

“Exergy supplies ORC systems with a radial outflow turbine, the most innovative and efficient turbine technology in the sector which is unique to Exergy plants. ORC systems are used for power production from renewable energy sources, including geothermal energy, waste heat recovery, biomass and solar,” Quaia explained.

He hailed Turkey’s significance for Exergy as the firm’s major market, with 300 MW in completed projects and almost a 50% market share. “Additionally, we have also supplied several waste heat recovery plants to recover energy out-of-flue gases produced by Turkish glass mills, enabling these facilities to be greener,” he added.

Turkey’s geothermal sector has experienced incredible growth, from 30 MW in 2008 to the current 648 MW. For this reason, the domestic market is attracting a lot of interest from the global geothermal energy community both for products and services, and as an example on how to stimulate project development in the sector, the article adds.

The establishment of the business in the country benefitted the skills of the local employees, along with the customers and subsuppliers through the exposure to the company’s technology, experience and know-how, Quaia said. The factory on the Aegean coast manufactures radial outflow turbines.

“At first we decided to establish a local entity to facilitate the execution of our Turkish projects and to be able to provide a quick and efficient after-sales service support during the plant’s operation. While successfully establishing it, we also looked into the possibility of producing the turbines and its accessories locally. In accordance with local regulations, our customers would highly benefit by installing locally produced components. The result of these investigations was very positive so, after being sure of our ability to provide the highest quality local products to our Turkish customers, we also decided to open a manufacturing facility,” he explained.

He added Exergy’s pioneering experience has inspired other foreign investors, and he has welcomed other Italian investments in Turkey.