Municipalities to be motivated for PPPs through trainings 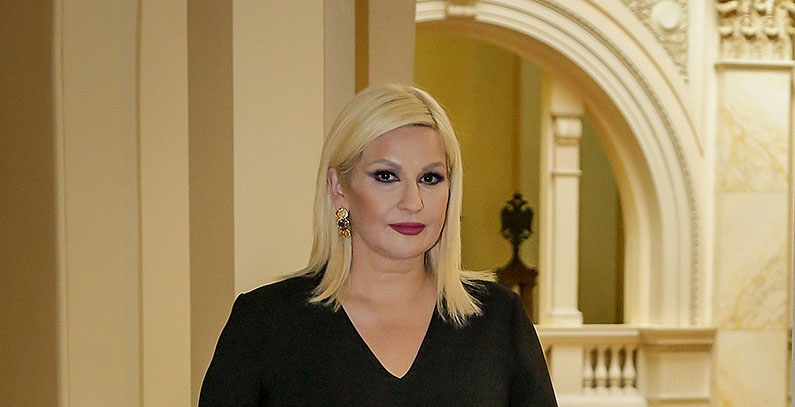 The public-private partnership (PPP) model is under-utilized due to a dearth of information about its advantages and insufficient experience for the implementation of PPP projects. Through training and education for local services, we will motivate municipalities to consider cooperation with the private sector, said Zorana Mihajlović, Serbian Deputy Prime Minister and Minister of Construction, Transport and Infrastructure.

In an interview for the Improving Energy Efficiency through Public-Private Partnership Model publication, she added that this cooperation should not be restricted to finance, as the private sector can also help with its professional knowledge and skills in ensuring a project is as successful as possible.

You have said that PPP should be the dominant financing model for municipalities. Why are we not seeing this on the ground? How can municipalities be convinced to use a model that seems to be tailor-made for those that do not have money, but do have infrastructure problems?

My answer is –through training and education, and there will be many more PPP projects. The main reason the PPP model is not being used as it should be is a lack of information on its advantages, and furthermore there is not enough experience for the implementation of the projects. The obstacles range from a lack of understanding of the significance of this model for economic development, to alack of information on results that can be achieved, insufficient knowledge of the way the model works and a lack of training, mainly at the municipal level, for the preparation and implementation of projects, and doubt that an adequate private partner can be found. The situation is similar in neighboring countries. Although there are numerous examples of local and regional authorities’ determination to seek new ways to finance capital projects, their capacities for implementation have not yet been sufficiently developed compared to European experiences and good practice.

You are familiar with the energy sector at the local level and you are aware of the Serbian potential for energy efficiency. Why do municipalities not use PPP more to increase energy efficiency?

I believe that local governments will “copy” the model when they get familiar with investment amounts and savings through practical examples, and, above all, when they come to realize that cooperation with the private sector can be established toa mutual benefit. For example, the most recent case is Bor, which has issued a public invitationfor a PPP project for public lighting. The idea is to introduce energy-saving LED bulbs which producea light effect whose similarity to daylight is unmatched, reduce environmental pollution, and last for 10 to 20 years – much longer than ordinary bulbs. Pirot, Nova Crnja, Petrovac na Mlavi, Beočin and many other local governments are also preparing public lighting PPP projects. This is just one example –in the field of energy efficiency there are many opportunities for cooperation between the public and the private sector.

You initiated amendments to the Law on PPP, which were adopted last year. What did you seek to achieve through changes to this Law? Did these changes produce results?

When we adopted the Law on Public Private Partnership, and even when we improved this regulation by amendments, our vision was to provide local governments, first and foremost, with a new way of financing infrastructure projects. Such a model would be less demanding for their budgets, as PPPs would reduce labor costs, attract additional resources, and in the next five to fifty years the municipalities would have a guaranteed service that the private partner provides for compensation in a more efficient and cost-effective way. Our task was to create a framework that would enable all of this, and to achieve greater security of the entire process. We succeeded by adoption of the Law and amendments.

In particular, the amendments created more accurate definitions of certain provisions, a better control of the projects’ financial impacts. The amendments also created more efficient mechanisms to enable state and local authorities to implement PPP projects based on clear rules, since not all of them have the same capacities to implement projects. The amendments also created a legal framework for a transparent tendering procedure providing a level playing field for all bidders, and, of course, harmonization with the best practice in the world.

We already have 48 proposals for PPP projects that have received a positive opinion from the Commission for PPP. And these projects are largely cost-effective and socially responsible.

So far, few PPP projects have been approved. What is the reason?

Previously, the entire process of implementing PPP projects was rather long for everyone involved, especially in the area of energy and environmental protection. From the moment when such a project would be initiated until the decision was made to start implementing it, between two and two and a half years would pass. It is clear that the state interest is that PPP as a financing model is used more often, and it is the reason why, through the amendments to the Law, the entire process has been accelerated. As an outcome, we have had positive opinions on 48 public-private partnership projects in the past six years. These projects are related to urban and suburban passenger transport, public lighting, municipal waste collection, combined heat and power production from renewables, road infrastructure… If you closely observe, municipalities have recently been frequently announcing PPP projects.

You have said that is PPP as the financing model to be used by public utilities is in the state’s interest, as the state can no longer increase debt by borrowing. But in reality, the state is not acting in accordance with this interest?

The state has created a framework for an accelerated implementation of PPP projects, and this confirms that it is acting in accordance with that interest. The 48 accepted PPP projects also confirm this. However, the fact is also that PPP is a new financing model in Serbia, one making its first steps. Therefore, the task ahead of us is to motivate local services, first and foremost through education, to consider cooperation with the private sector. This cooperation shouldn’t be restricted to finances. The private sector can also help with its professional knowledge and skills in ensuring project implementation is as successful as possible. For municipalities, cities and public utilities, as the ones which propose PPP projects, especially those struggling to obtain lending to invest in infrastructure and other projects of public interest, this model is a great potential and a great development opportunity. I am convinced that local governments will realize this, and that in the coming period we will have a lot of PPP projects.

You have announced the establishmentof other advisory bodies to improve links between the state and local authorities regarding PPP implementation. Has something been done in this respect?

Upon the adoption of the Law on PPP, the Government formed the Commission for PPP, which is tasked with providing skilled support in the implementation of PPP projects and concessions. Definitely, the idea was also that local governments could rely on the expert and advisory assistance of the Commission. It is an inter-ministerial public body independent in its work. The Commission is assisting in the preparation of PPP proposals, briefing, consulting, giving opinions in the process of approving proposals, facilitating implementation… The Commission also submits to the Government an annual report on implemented projects in Serbia, and cooperates with the state Budget Inspection, the State Audit Institution… As PPP projects in Serbia grow in numbers, it will be possible to establish regional bodies, which would help municipalities make the most of PPPs’ development potentials and invest money saved in the budget in other projects to improve the living conditions of citizens.

Home » Interviews » Municipalities to be motivated for PPPs through trainings