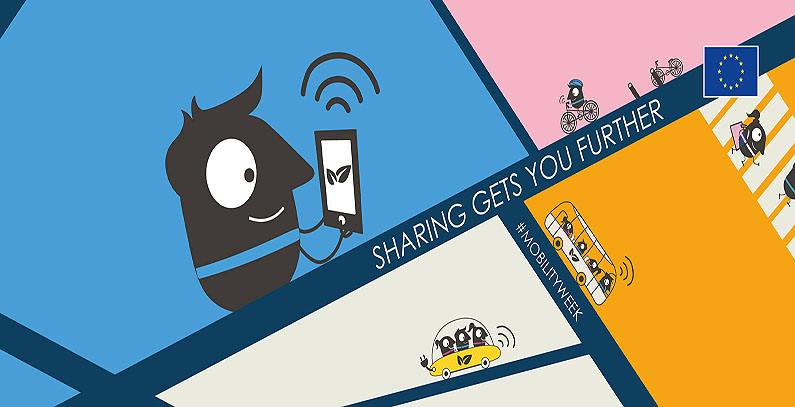 Events for the European Commission’s traditional European Mobility Week were organized across the continent including the countries of the Western Balkans which have participated in the mobility week for the past several years.

2,270 towns and cities from across Europe registered to organize events to mark Mobility Week 2017 which is being held for the 16th time under the slogans “Clean, Shared and Intelligent Mobility” and “Sharing Gets You Further”.

The countries of the Western Balkans have also joined this initiative and organized numerous events not just in the capitals, but in the towns and cities across the countries.

During the week starting on September 16, most of the countries of the region organized a day without cars calling their respective citizens to leave their vehicles parked and walk or ride a bicycle. Some also organized bicycle parades as a way to motivate people to ride and not to drive thus actively contributing to reducing emissions from cars and improving air quality.

Bicycle, roller blade and scooter races held across the region

In Albania the Ministry of Tourism and Environment organized a bicycle race in central Tirana and several gatherings aimed at raising public awareness about mobility sharing such as car pooling and bicycle sharing. The ministry also promoted rollerblading as a form of clean transport. Visits to the National Environment Agency laboratory which monitors air quality were also organized for high school students.

The Bulgarian capital Sofia closed down some central streets for cars as part of the Mobility Week and organized bicycle, Rollerblade and scooter races for children at schools. Another bicycle race and parade was held in the town of Plovdiv. A demonstration of electric bicycles and taxis was organized in Sofia as well.

Both the Federation of Bosnia and Herzegovina and Republika Srpska has bicycling events during the Mobility Week. The city authorities of Banja Luka organized a bicycling gathering under the slogan “Two Wheels are Enough” while in Sarajevo a round table on non-motor traffic was held to promote alternative transport. A day without cars under the slogan “Today, I ride a bicycle” was organized across the country.

Macedonia marked Mobility Week with a focus on the environment. A car free day, which was also attender by the government officials, was organized in central Skoplje. New bicycle lanes were opened across the city and presentations were made of alternative transport and ideas to improve mobility in the city. Bicycle parades were held in several other towns in the country.

Serbia kicked-off Mobility Week with a debate at the EU Info center in Belgrade. The highlight of the week was a Day Without Cars under the slogan “Just Don’t Use Cars” during which several towns and cities set up zones reserved for pedestrian, bicycle riders and public transport with no other vehicles allowed in. Belgrade organized a bicycle rider gathering in the center of the city.