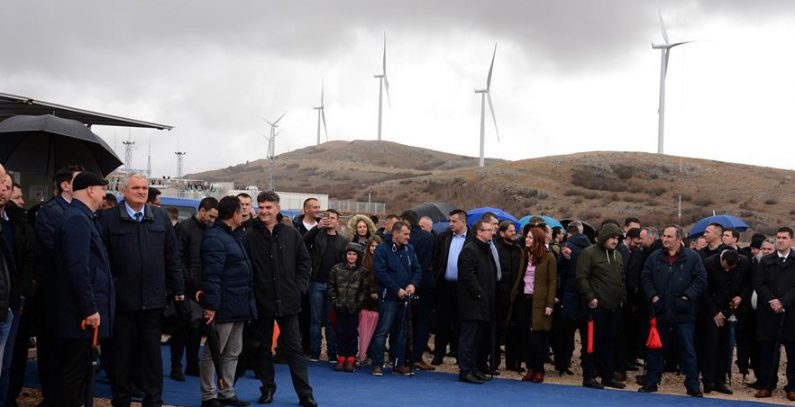 The first wind-powered electricity plant in Bosnia-Herzegovina (BiH), 50.6 MW Mesihovina, has been put into operation and will supply over 27,000 households in Tomislavgrad municipality.

The construction of this plant with 22 Siemens SWT-2.3-108 turbines will increase the production of electricity by 165.17 GWh per year, or 10 percent.

The wind farm was built across a 22 kilometer stretch of land in the central part of the municipality and will have a total capacity of 50.6 MW. The total investment was EUR 82 million.

The Elektroprivreda HZ HB signed a contract with the Siemens consortium, consisting of the Siemens Denmark and Siemens Croatia companies, on the delivery of wind turbines with foundation and their maintenance in the first two years of their operation in Mesihovina.

A contract to lay the cable network and link the wind farm to the national power grid was signed with the consortium ABB d.o.o. Croatian and Elektrocentar Petek d.o.o.

The wind farm was officially opened by Borjana Krišto, the Speaker of the House of Representatives of the Parliamentary Assembly of Bosnia and Herzegovina. She also laid the foundation stone for the construction of the Mesihovina windfarm seven years ago.