March 21 is International Day of Forests: Home to 80% of all terrestrial species 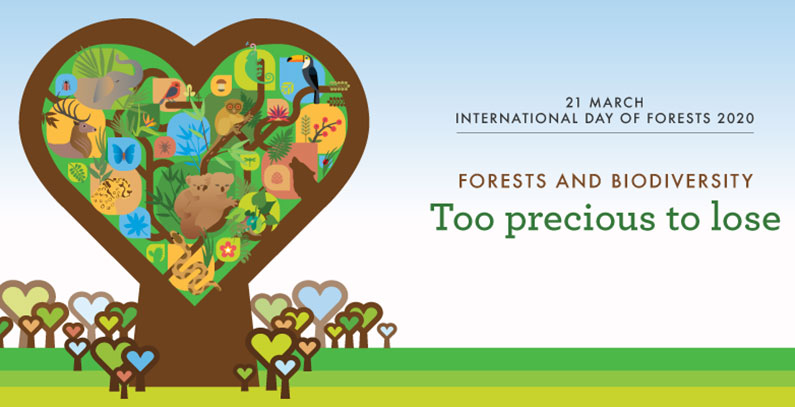 This year’s celebration had a very sad introduction because Kenya’s only female white giraffe and her calf have been confirmed dead in Ijara, northeastern of the country. The two extremely rare giraffes were killed by armed poachers.

“This is a very sad day for the community of Ijara and Kenya as a whole. We are the only community in the world who are custodians of the white giraffe,” said Mohammed Ahmednoor, the manager of the Ishaqbini Hirola Community Conservancy, in a statement.

The female giraffe gave birth to another calf, but there is no information about what happened with it.

According to NationalGeografic.com, giraffes’ populations have declined by more than 40% over the past three decades, to just under 16,000.

This incident proves the decision to choose “Forests and Biodiversity” as this year’s theme for the International Day of Forests is justified. According to the UN, the theme was chosen because forests are home to 80% of all land-based biodiversity. At the same time, they provide critical ecosystem services that affect the global climate, rainfall patterns, and watersheds.

The theme of forests and biodiversity is of particular relevance to the implementation of the 2030 Agenda for Sustainable Development and SDG 15 in particular, during the Decade of Action and the 2020 “biodiversity super year”, UN said on its website.

The UN Strategic Plan for Forests 2030 provides a global framework for action at all levels to sustainably manage all types of forests and trees outside forests, and to halt deforestation and forest degradation. The historic agreement on the Strategic Plan was forged at a special session of the United Nations Forum on Forests in January 2017 and subsequently adopted by the UN General Assembly in April 2017.

At the heart of the Strategic Plan are six Global Forest Goals and 26 associated targets to be achieved by 2030. These goals and targets fully encompass and build on the solid foundation provided by the four Global Objectives on Forests included in the United Nations Forest Instrument.

Deforestation has increased steadily over the past two decades and is linked to 31% of outbreaks such as Ebola, and the Zika and Nipah viruses.

Deforestation drives wild animals out of their natural habitats and closer to human populations, creating a greater opportunity for diseases that spread from animals to humans

Deforestation drives wild animals out of their natural habitats and closer to human populations, creating a greater opportunity for zoonotic diseases – that is, diseases that spread from animals to humans.

The International Day of Forests was established in 2012

On December 21, 2012, the UN General Assembly adopted resolution A/RES/67/200, which declared that March 21 of each year is to be observed as the International Day of Forests.

The resolution encourages all Member States requests the Secretariat of the UN Forum on Forests, in collaboration with the Food and Agriculture Organization (FAO) of the UN to facilitate the implementation of the International Day of Forests, in collaboration with Governments, the Collaborative Partnership on Forests and international, regional and subregional organizations and processes as well as relevant major groups.

The initial plan for the celebration was to organize various activities including tree-planting and other community-level events. Yet due to the coronavirus pandemic worldwide it seems that the celebration will take place through social media.