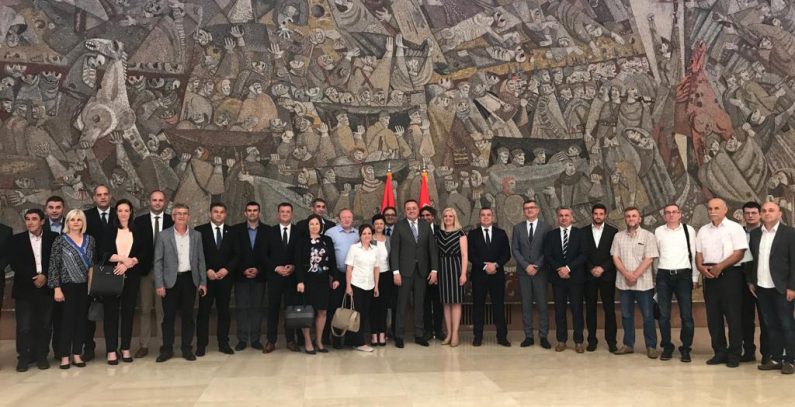 Serbian Mining and Energy Minister Aleksandar Antić has signed agreements with representatives of 24 local governments to receive a total of RSD 325 million (around EUR 2.76 million) from Serbia’s budget fund for improving energy efficiency.

The projects are worth a total of RSD 490 million (about EUR 4.16 million)

The projects are to implement energy efficiency measures at public buildings such as schools, kindergartens, and primary health care institutions.

The total value of the projects is RSD 490 million (around EUR 4.16 million), of which RSD 325 million (EUR 2.76 million) is to be financed from Serbia’s budget fund for energy efficiency and RSD 165 million (EUR 1.4 million) by the local governments themselves, according to the statement.

Antić said that the projects are expected to reduce the buildings’ annual energy consumption by 8.2 million kWh, or around EUR 490,000, and cut CO2 emissions by 3,300 tonnes annually.

The projects are expected to reduce the buildings’ annual energy consumption by 8.2 million kWh and cut CO2 emissions by 3,300 tonnes annually

The Energy Efficiency Fund is expected to be formed by the end of the year, he went on to say, adding that the fund will enable financing not only energy efficiency in public buildings, but also households and commercial facilities.

The fund will initially have a EUR 20 million budget, said Antić, noting that the EU’s assistance is expected, as well as that the fund will be financed with energy efficiency fee receipts.