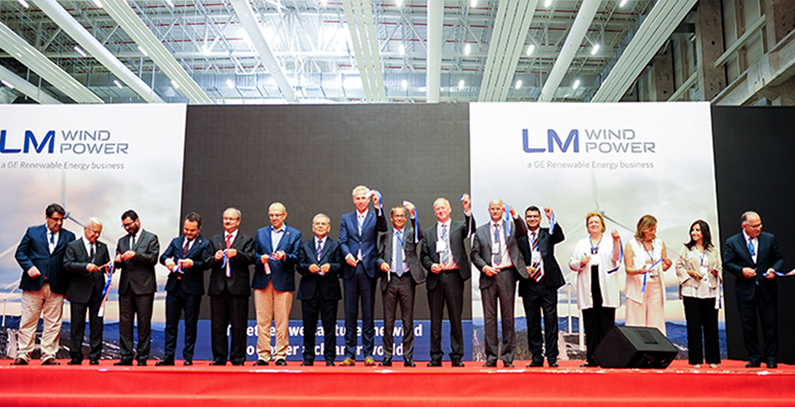 The factory is designed to produce and distribute an annual capacity of 500 megawatts (MW) with the capability to expand to 1.5 gigawatts (GW), LM Wind Power announced on its website.

It will produce rotor blades up to 80-meters in length for regional wind farms.

The Bergama facility, an investment of USD 50 million or EUR 44 million, is the first new blade manufacturing site of the Denmark-based company since it was acquired by GE for EUR 1.5 billion in April 2017 .

LM Wind Power said that the new facility will create up to 450 jobs for skilled workers, ranging from manufacturing operations and technical engineering to services and administration.  24 percent of 287 currently employed workers are women.

The company inaugurated its Center of Excellence training facility in Bergama earlier this year, which has provided an opportunity for the employees to apply and deepen their advanced blade manufacturing and industrial skills.

LM Wind Power said that the Bergama factory will address the needs of the fast-growing Turkish wind industry, adding that the sector will continue to grow with a target of reaching 20 GW of installed capacities by 2023.

“We continue our growth into a new country and this is a very attractive location for operations like ours. We have invested significant time and resources in Bergama and look forward to grow the wind industry with several partners and customers going forward,” Marc de Jong, CEO of LM Wind Power, said.

He said that last year the Turkish wind sector reached a cornerstone by having more than 6 GW wind power installed.