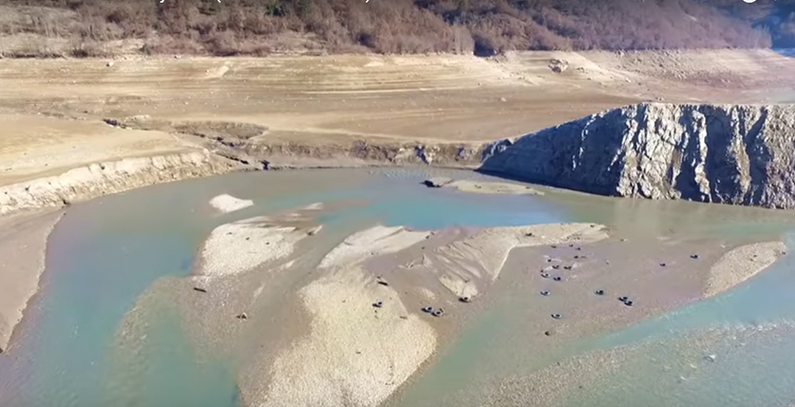 Lake Jablanica in Bosnia and Herzegovina has dried out after the power utility Elektroprivreda BiH released water from the nearby dam, the locals said. This caused an ecological disaster and the loss of two million fish.

The local fishermen say that Elektroprivreda released the water about 40 days ago without any prior notice. Restoring the lake to its original condition would take 50 years, they said.

“There is not a drop left, Jablanica lake is gone, as well as the fish population that belongs there”, said the fisherman Ekrem Bukvić.

Elektroprivreda BiH denied responsibility for the ecological disaster at lake Jablanica. The company said that the period of drought from September last year to January 2017. reflected on the water supply in the reservoir of HPP Jablanica.

Sanel Riđanović, professor of zoology and ecology at the Džemal Bijedić University, claims the current state of the lake is a direct consequence of the negligence of Elektroprivreda.

„Uncontrolled release of water caused this, and it will leave long-term consequences. Maybe it will take twenty, fifty or a hundred years to restore the lake to previous condition, but no one can be sure about this. Once you disturb the aquatic ecosystem it can never truly be restored“, said Riđanović for Klix.ba.

Lake Jablanica was created in the 1950s with the construction of an 80 meter tall dam. The lake’s maximum length is 30 kilometers, it covers 1,440 hectars and its depth is 80 meters. Fluctuations in water level normally reach 25 meters.

Due to low precipitation and small inflow of water, this and similar reservoirs are facing a rapid decline in water levels because of electricity production.