This is the second major change in leadership of the state-owned power utilities following the appointment of the Belinda Balluku as new infrastructure and energy minister. A week ago, Klodian Gradeci, general manager of Albanian transmission system operator OST, also resigned.

According to local media, both resignations were requested by the new minister, while Prime Minister Edi Rama proposed Beci for the new position. 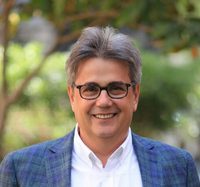 Beci had led the ADF for more than 13 years. ADF manages funds from foreign institutions donated for minimizing poverty in rural areas.

He graduated in 1987 from the Tirana University Faculty of Economy.

New KESH CEO started his professional career in 1987 at the Albanian Ministry of Transport. In 1992, he served as an economist at the National Bank (now Bank of Albania).

From 1993 -1999 he joined National Commercial Bank. Over the period April 1999 – June 2003, Beci was Financial Director of the Rural Financing Fund, while over the next 2 years he served in the Union of Savings and Credit Associations.

Beci was a member of the Bank of Albania Supervisory Council from February 2008 to October 2012.

“I was happy to accept the proposal to run a strategic institution such as the KESH. I consider this as a manifestation of confidence, as well as an excellent opportunity to put my long-time experience as a manager at the service of another strategic sector, such as KESH,” Beci said,” Invest-in-Albania reported.

New minister Belinda Balluku’s appointment is part of Albanian Prime Minister Edi Rama’s decision to replace seven ministers or half of the cabinet, including infrastructure and energy minister Damian Gjiknuri.

Balluku officially assumed the office of minister of infrastructure and energy on January 17.