Photo: Ministry of Infrastructure and Energy 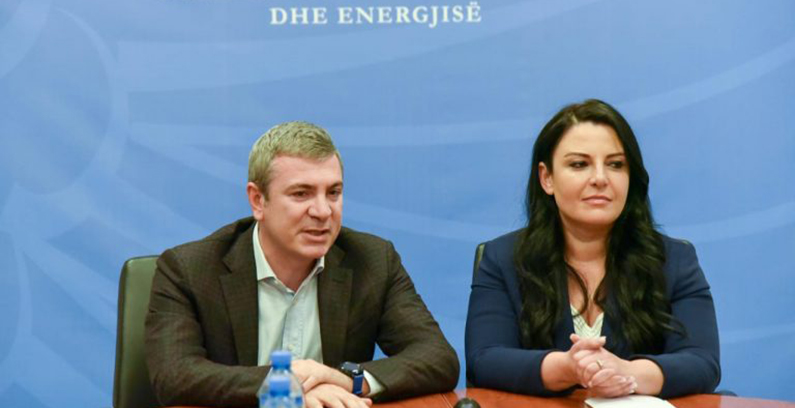 Belinda Balluku, niece of a former high-level communist politician, is the new minister of infrastructure and energy in the Albanian government, and one of her first moves was to request the resignation of Albanian transmission system operator OST general manager Klodian Gradeci.

The new minister requested Gradeci’s removal in a letter sent to OST’s board, the portal reported, adding that the resignation is connected to a scandal involving Dunwell Haberman (DH) Albania, which won a EUR 12 million tender for the construction of the 220 kV line between the cities of Burrel and Peshkopia.

Balluku’s appointment is part of Albanian Prime Minister Edi Rama’s decision to replace seven ministers or half of the cabinet, including infrastructure and energy minister Damian Gjiknuri, in the wake of student and anti-corruption protests.

Balluku officially assumed the office of minister of infrastructure and energy on January 17. The appointment of Balluku was approved at the plenary session of the national assembly on January 16.

Local media reported that Balluku is a niece of former communist politician Beqir Balluku, who served as deputy prime minister, defense minister, and an army general. He was executed in 1974 by Albanian communist leader Enver Hoxha.

Member of Socialist Party since 2006

In order to be appointed a minister, Balluku left state-owned air traffic agency Albcontrol, where she was general manager.

According to the ministry’s website, Balluku joined the staff of the Municipality of Tirana as a public relations advisor in 2004 and was later named the mayor’s chief of staff.

Balluku has held senior management positions in Telecom Albania after its privatization by Deutsche Telekom Group in 2000.

She has been a member of the currently ruling Socialist Party since 2006.

Balluku holds a law degree and in 1999 she graduated Business Administration at the Technological Educational Institute of Athens.