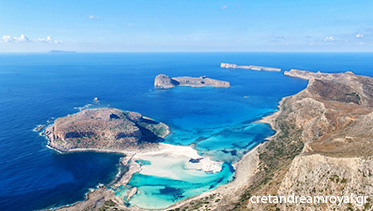 A project to interconnect the island of Crete to the mainland’s electricity system that was proposed over 20 years ago could now be implemented using private investments to utilise the European Fund for Strategic Investment (EFSI), said Anastassios Kallitsantsis, the vice chairman of the Hellenic Federation of Enterprises (SEV), Neurope.eu portal reports.

“This project has been in the drawers of Admie (Independent Power Transmission Operator) for the last 20 years, but it has not been a priority – while for us it should be a first priority,” Kallitsantsis, who is also the chairman of Ellaktor, told New Europe. He was speaking on the sidelines of an investment conference in Athens on occasion of the visit of European Commission’s vice president Jyrki Katainen to Greece.

Kallitsantsis added that “the conditions are ideal” for the Greek project given that Energy Union and interconnectors are on the top of the European Commission’s priorities. Moreover, the Investment Plan for Europe or Juncker Plan supports investments with the participation of the private sector in high-risk countries like Greece “unfortunately is today,” he said.

Kallitsantsis presented the ’Interconnection of Crete to the Mainland’s Electricity System’ project at the conference. He highlighted the operation glut during tourist season and the high cost of operation, at least three times higher than that of mainland Greece, the report said.