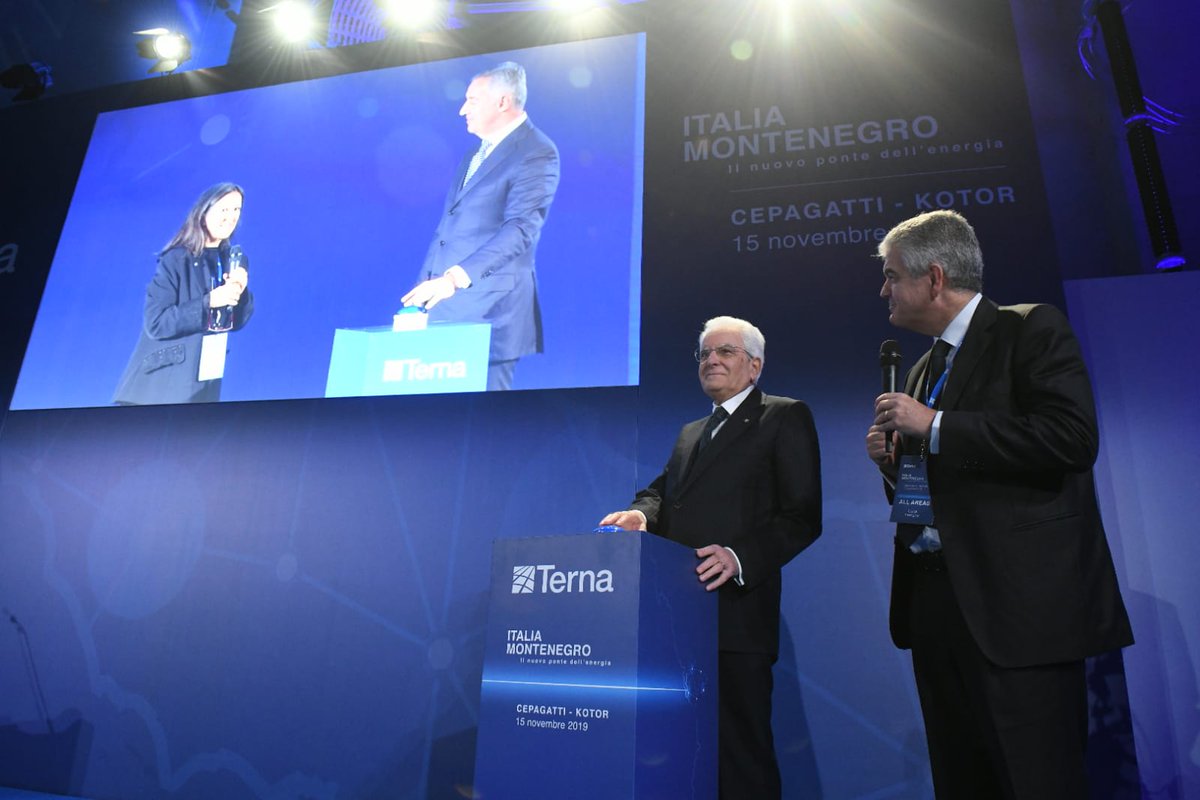 Italian energy company Terna has put in operation an undersea power interconnector between Italy and Montenegro, built in an investment of some EUR 1.1 billion. Italian President Sergio Mattarella and his Montenegrin counterpart, Milo Đukanović, pressed the button to switch the cable on, according to Montenegrin media.

The undersea power interconnector links the electrical substations in Cepagatti, in the Italian province of Pescara, and Lastva, in the municipality of Kotor in Montenegro. The first “electrical bridge” between Europe and the Balkans is completely invisible, being undersea and underground (for the land portion), Terna said on its website.

The 445-kilometer interconnector is of strategic importance for the security of the two countries’ power systems as well as for the integration of renewables. Terna CEO Luigi Ferraris said at the inauguration ceremony that the interconnection will be an impetus for an increasingly efficient and sustainable integrated electricity market.

Đukanović said that Montenegro will have significant revenues thanks to transmission system operator Crnogorski elektroprenosni sistem’s (CGES) 20% share in the interconnector’s overall capacity.

In July, upon the completion of the deployment of the cable, Ferraris said that the interconnector will enable Montenegro to become an energy hub for the Balkan countries, while creating conditions to attract other investments, including in renewable energy sources.

The initial capacity of 600 MW will be boosted to 1,200 MW in the next few years

The capacity of the interconnection is 600 MW, but according to Terna’s website, the laying of a second cable within the next few years will increase it to the originally planned 1,200 MW. According to Ferraris, the 600 MW capacity is enough to cover the needs of slightly over a million households.

The company also said that 423 km of cables have been laid under the Adriatic Sea, at a maximum depth of 1,215 meters, along with a further 22 km of underground cable, 16 km in Italy and 6 km in Montenegro.