International Day for Biological Diversity: Our Biodiversity, Our Food, Our Health

Photo: The lynx is one of the endangered species in the region (Pixabay) 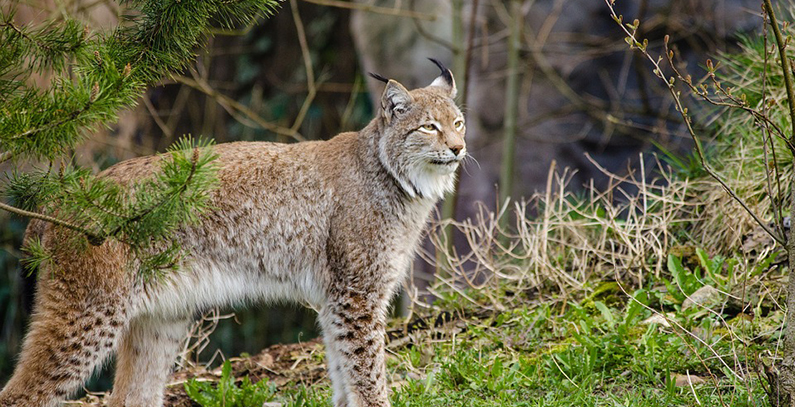 Eagles and falcons face extinction in Bosnia and Herzegovina, while endangered species in the country include the lynx, the wolf, and the brown bear. Olive trees are threatened by construction machinery on Montenegro’s Adriatic coast, while pits in Croatia’s karst rock, which holds some of the world’s richest underground habitats, have been turned into illegal dumpsites. These are only some of the images that the region has to show on May 22, the International Day for Biological Diversity, this year themed “Our Biodiversity, Our Food, Our Health.”

The alarming number of animal and plant species threatened with extinction was recently unveiled in a report by the Intergovernmental Science-Policy Platform on Biodiversity and Ecosystem Services (IPBES), compiled by 145 experts from 50 countries over the past three years, with inputs from another 310 contributing authors. They called for “transformative change” to tackle “unprecedented” rates of nature decline and species extinction, which are now likely to have grave impacts on people around the world.

The examples of plant and animal species being wiped out in the region are many. Jovica Sjeničić of the Society for Research and Protection of Biodiversity in Banja Luka told Radiosarajevo.ba that many birds of prey, such as the black vulture, the bearded vulture, the griffon vulture, and the Egyptian vulture disappeared from Bosnia and Herzegovina several decades ago.

The most endangered species in the country today are eagles and falcons, as well as shorebirds and mammals such as the lynx, while the brown bear and the wolf are also threatened.

The reasons for this range from pesticides, which are toxic for birds, to poaching and the destruction of natural habitats by humans, Sjeničić said.

Montenegro, writes the online edition of the weekly Monitor, faces the destruction of olive trees several centuries old. Construction has jeopardized the Maslinada Valdanos olive grove in Ulcinj, Bar’s Stara Maslina – one of the world’s oldest olive trees – and Budva’s Velja Maslina olive tree, all of which enjoy protection under the 2014 Law on Olive Farming.

Environmental activist Zenepa Lika says that Maslinada Valdanos is becoming a construction site “before our very eyes.” She has demanded that the Municipality of Ulcinj urgently protect the area.

According to Lika, a moratorium needs to be declared to prevent any construction in the area, and a study of the olive grove’s state needs to be conducted.

The situation is not much better in the EU member states in the region either. The daily Novi List has reported that the Zagreb Speleological Union, through the Clean Underground project, removed six cubic meters of deliberately dumped waste from the so-called Trash Pit in Sabljice near Bosiljevo, while the cavers estimate at least three times as much waste awaits in the entrance of the pit.

Waste in karst caves and pits directly jeopardizes the unique underground diversity, as well as the quality of groundwater supplying many places with drinking water, said project leader Ruđer Novak.

Croatia is at the center of the karstified Dinaric region, the world’s underground biodiversity hotspot.

Conferences on biodiversity in North Macedonia and Serbia

In Serbia, the Ministry of Environmental Protection will mark the International Day for Biological Diversity at the Zasavica special nature reserve to present its potentials and link with the NATURA 2000 network.

Tags: biodiversity, Convention on Biological Diversity
READ NEXT: Speaking to IFIs may be only way for environmental activists to convey message to right address