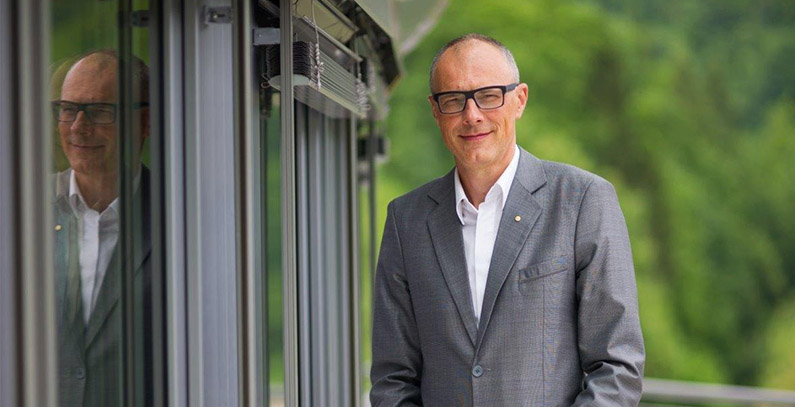 The Slovenian industrial conglomerate Hidria plans to focus on electrical vehicles with their latest project Green Balkanica. The main goal of the project is to “greenify” the Balkans, according to Iztok Seljak, CEO of Hidria.

In an interview with Balkan Green Energy News, Seljak, who is also the vice president of Summit 100 Business Leaders South-Eastern Europe, says that Hidria wants to equip the highway linking Ljubljana, Zagreb, Belgrade and Skopje and wider Munich and Istanbul with a network of strictly green renewable energy supported chargers for electric vehicles.

“Based on that new infrastructure we want to launch a car-sharing operation with a fleet of e-vehicles including e-buses, which will interconnect these cities on the main Eurasian South-Eastern corridor and we also want to include some pilot trials with e-trucks,” Seljak says.

How long would it take to implement the electrification of the highway?

We are targeting to start putting first charging stations with an important demonstration effect in place in 2017 while executing the whole targeted network will take us towards 2020.

Which organizations and institutions from the region have you identified as potential partners on the project?

As a private-public partnership, the project will include on the public side EU Commission for transport and the states of South-Eastern Europe including their governments and selected local communities, while on the private side we are gathering top companies as leaders in the domains of smart grids and e-charging networks, renewable green energy, green cars, buses and trucks and car-sharing operations. The role of European Bank for Reconstruction and Development (EBRD), European Investment Bank (EIB) and similar financial institutions is important too.

What is the business model behind for the project to be economically viable?

The project will be partially financed by the European Union and mentioned financial institutions, while the rest will be covered by private investors. A revenue stream will be coming from charging of electricity on charging stations. On the other hand, we are not waiting for some electric cars to maybe start coming around, but we are proactively stepping in ourselves with e-cars car-sharing, including e-buses and trucks. Obviously, the participating investors will also largely benefit from PR and reference from one of the largest and most important projects in Europe and wider as a reference case for numerous other such cases to follow. One of them is Green Adriatica, on which we are working in parallel.

We are talking about the highway which runs through ex-Yu countries and connects them, also known as the Brotherhood and Unity Highway. Therefore, we can say that this project connects all these countries once again. Is it the only way to move forward as a region and what can you say about the level of cooperation in the region today?

While the region right now is lagging behind in development as one of the least developed regions in Europe, we believe in its vast potential, especially in human resources. It is our target to interconnect the region, open the region towards itself and towards outside. Green Balkanica has all these elements, including bringing together all capable regional companies and involving them in the project. One of our plans is to establish the Central European Innovation Centre for Green Mobility in Koper to gather on site all these companies which wiljl develop new solutions together and prototype and test them in Koper and surrounding and, of course, on the Green Balkanica project.

As a man coming from the automotive industry, how do you see the future of the car industry development in Slovenia, the region and the world in general, and your business in terms of the transition to electric cars?

In Slovenia, the automotive-related industry accounts for 10% of GDP and 20% of export of goods and it is growing. In Europe, one in seven working places is linked with the automotive industry and Europe holds, besides US and Japan, a leading global position in the industry. The capabilities of Slovenia include a growing expertise in electric powertrains, electronics, batteries, e-chargers, renewable energy, e-car-sharing, that is to say, in different core elements of future green mobility. This expertise can and needs to be more widely spread around the region, as Slovenia and the region with its geostrategic position, geographic position and from the related driving cycle is ideal for electric mobility.

Overall, due to preserving our climate, planet and civilisation as such, gradual conversion to e-mobility, in combination with and as a part of slashing down the emissions of internal combustion engine vehicles, is a non-reversible process. Envisioning that, we want to be leaders and not just followers, as best witnessed by Green Balkanica.