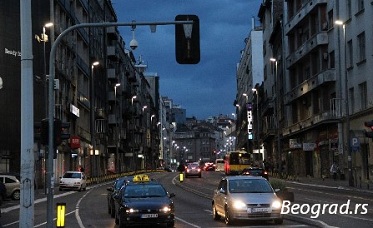 The City of Belgrade installed LED lighting in Brankova street in the centre with the help from Danish company HeSaLight from Roskilde. The donation of 20 lamps, worth RSD 2 million (EUR 16,200), will bring down electricity costs by up to 60%, mayor Siniša Mali said at the meeting with the firm’s representatives.

He added the local authority is working on a public–private partnership project to overhaul 160,000 lighting units, with the aim to complete it by the end of the year. The new lamps on one of the most polluted streets in the capital city of Serbia will reduce carbon dioxide emissions by 60% and increase the level of brightness by 15% to 20%, Beograd.rs portal said.

The equipment has adjacent sensors and a central monitoring and control system. The average life span of the LED lamps is 100,000 working hours, the press release said. The local government in Belgrade stated HeSaLight is planning to start producing the lighting equipment in Serbia in a new factory where it would initially hire 100 people.