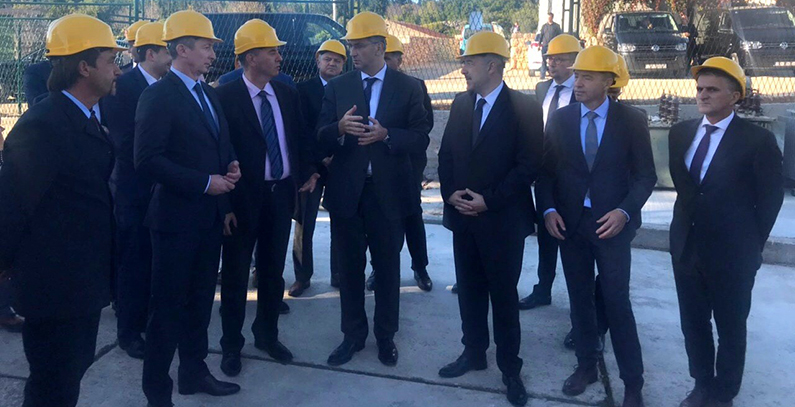 Members of the Croatian Government led by Prime Minister Andrej Plenković visited the reconstruction site of the 35/10 kV Stari Grad substation on the Hvar island, where HEP representatives presented their investments.

By 2021, HEP Group will invest HRK 1.2 billion (EUR 161 million) into the power network and renewable energy sources in the coastal area and on the islands, of which HRK 800 million (EUR 107 million) in the distribution network, President of HEP’s Management Board Frane Barbarić said.

According to HEP, these investments will contribute to the success of Croatian tourism and improve living conditions for the island’s population.

HEP plans to invest HRK 2 billion (EUR 268 million) in the distribution network in coastal areas by 2028.

The total value of the Stari Grad substation’s reconstruction is HRK 3.5 million (EUR 470.000). It will increase the installed capacity from 2×8 MW to 2×16 MW and enable the connection of new consumers and tourist zones in that part of the Hvar island.

It is especially interesting that from the announced HRK 6 billion (EUR 800 million) investment into the electricity network in Croatia, HRK 60 million (EUR 80 million) will be invested in the Hvar island in the next three years, Prime Minister Andrej Plenković said, calling it a very good new investment cycle of Hrvatska Elektroprivreda.

In July, the Croatian company announced a HRK 230 million (EUR 31 million) investment in smart grids from 2018 and 2022, in five out of 21 distribution sections of the HEP distribution system operator (DSO).