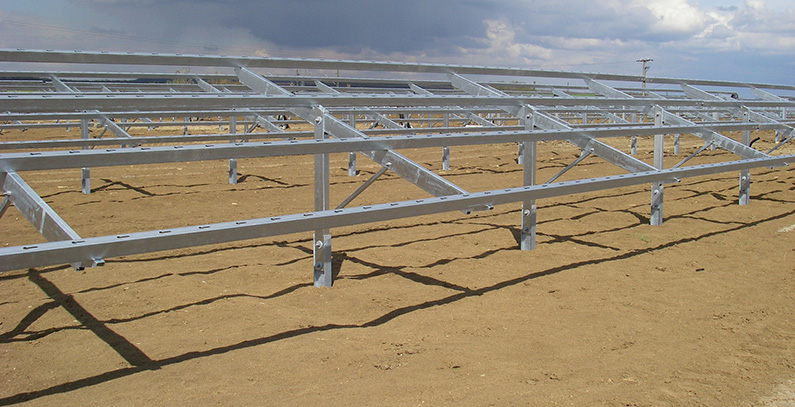 The fossil fuel giant in transition counts on domestic added value of 40% and hints at the possibility to add electricity storage or other innovative solutions. Hellenic Petroleum leaves German partners in charge of construction in Kozani. The facility would be the biggest of its kind now in Southeastern Europe.

Greece’s dominant fuel and petrochemicals producer and retailer took over a photovoltaic endeavor scheduled to become operational in the second half of next year. At 204 MW, the solar power plant under development would be the biggest in the Balkans at the moment. Hellenic Petroleum SA bought the project from German project developer juwi Holding AG, which is remaining in charge of construction.

Financial details weren’t disclosed, but chief executive Andreas Siamisis promised a EUR 130 million investment and the overall figure floated in the media was EUR 150 million. Juwi Hellas SA locked the effective selling price at EUR 56.72 per MWh or EUR 57.3 in basic terms at an auction in April.

George Alexopoulos, the official responsible for strategic planning and new activities in Hellenic Petroleum, noted the amount is below the wholesale price. It means not only that consumers won’t be subsidizing the solar power plant in Kozani, but that the project is providing support for other renewables facilities with higher reference prices, he said.

The executive estimated the domestic added value at 40% and added the utility may include electricity storage or other innovative solutions in the mix. The company, partly controlled by the government, is also known for its Greek abbreviation ELPE.

Hellenic Petroleum’s shift to green energy is in line with the government’s goals and the plan for the fair transition from coal, according to minister for the environment and energy Kostas Hadzidakis. The photovoltaic system is about to be built in Western Macedonia, located in the country’s northwest.

State-owned utility Public Power Corp. (PPC) is tasked with shutting down the giant lignite mines and coal-fired thermal power plants in the area. Its renewables unit has the ambition to install solar arrays with 2 GW in capacity in the pits.

It would be one of the biggest projects in its class on a global scale. Contests for 230 MW will reportedly be launched in the spring, divided into a 200 MW unit and two others.

MVV Energie AG – MVV Energy holds a majority stake in juwi. Hellenic Petroleum has announced it wants to reduce the overall carbon footprint by 50% by 2030 while since 2014 emissions have been reduced by 25%.

The Kozani power plant is designed for annual output of 300 GWh, CEO Siamisis said and claimed 350 jobs would be created. The electricity produced matches the consumption of 75,000 households and the technology saves 300,000 tons of carbon dioxide emissions per year, in his words.

The residents and municipal balances would be propped up with EUR 500,000 every year in total for 30 years in fees.