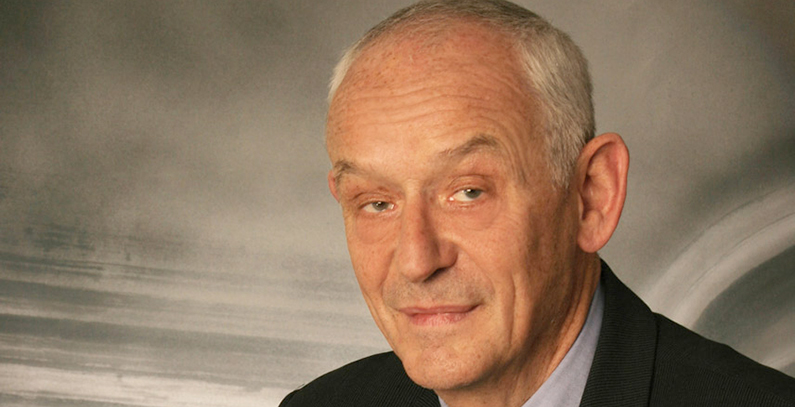 In the Balkan countries and in Turkey the energy policy is focused on fossil and nuclear energy sources rather than on renewables, says Heinz Kopetz, president of the World Bioenergy Association (WBA). In an interview for Balkan Green Energy News, he added WBA sees regional and national biomass associations as an important instrument to support the deployment of bioenergy, and invited companies from the Balkans to join too. In June, the association will publish the 2nd annual report on the global development of bioenergy. It is working on fact sheets on biomass gasification and the potential of the resource.

Which are the leading regions or countries in increasing biomass exploitation and what is their driving force?

In many countries in Africa biomass covers more than 50% of the primary energy supply, mainly in the form of traditional biomass use. Yet, the situation in Africa is quite different to South-eastern Europe. Therefore I restrict myself to European countries. Leading countries in Europe in the use of biomass for final energy are Sweden and Finland, with a share of bioenergy above 30%, followed by the Baltic countries, with 20–30%. Denmark and Austria follow with a share of around 20% and next are Romania, Portugal and Bulgaria, where traditional biomass plays an important role.

The rapid deployment of bioenergy in the northern countries and in Austria was the result of a comprehensive government policy to improve energy security by using domestic biomass feedstock instead of imported fossil fuels, to create jobs in rural regions and reduce CO2 emissions as part of the climate change mitigation policy.

Which is the best model for state incentives and how do you assess the European Union policies?

There is not one simple model. First you have to distinguish between the heat, electricity and transport fuel market. All three markets are of importance for bioenergy; they require different incentives. The incentives include a broad range of measures such as: awareness building, training, additional taxation of fossil fuels, government grants for bioenergy investment (especially for heating systems), feed-in tariffs or green certificates for bioelectricity and blending rules in combination with tax reduction for biofuels in the transport sector.

At the beginning of this century the European Union set important initiatives for bioenergy, especially for bioelectricity and transport fuels. This was not the case in the last years.

Unfortunately the European Union did not develop the policy to support bioenergy for heating.

In most European countries, 50% of final energy is used as heat, mainly generated from oil, gas or electricity. In the countries leading in bioenergy, a big share of biomass is used in the heating sector. The heat market offers the best opportunities for bioenergy, if the government policy supports this option. Unfortunately the European Union did not develop a successful policy for renewable heat so far.

What are the main challenges that your members in our region are facing?

WBA does not have many members in the Balkan countries and in Turkey and no members in Cyprus. In the Balkan countries and in Turkey the energy policy is focused on fossil and nuclear energy sources rather than on renewables. The awareness about the threat of climate change and the necessity to reduce the CO2 emissions is not well developed. This is quite different to the countries in the north of Europe. In such an environment it is difficult for all renewables to take off, also for biomass. The potential of biomass is high – from forests, agriculture and waste – but only a small part is used. The advantages such as job creation, keeping the money for energy in the region, better energy security and the reduction of CO2 emissions are often overlooked and, as a consequence, support policies for bioenergy are missing. In addition, the competition of gas and coal is strong. The main challenge is to convince the decision makers of the advantages of biomass, for implementing support policies for bioenergy, especially in the heating sector.

Has the biomass industry suffered in terms of investment because of the sharp drop in oil prices, as we also don’t see much chance of fossil fuels becoming expensive soon?

Yes, the low oil prices are a problem for certain sectors of the biomass industry. These sectors are biofuels for transport and the biomass equipment industry, because the sales of biomass boilers are going down given the low oil prices. On the other hand, the sales of wood chips or pellets are not so much affected, because the installed biomass boilers remain in use and nobody expects that the oil price will remain below 60 dollars per barrel for the rest of this decade.

With the rapid development in technology, have there been any breakthroughs you are optimistic about in relation to the use of biomass?

Science and research are always improving the biomass technology in terms of efficiency, reduction of emissions, improved comfort etc. In the last years the technologies for the most important biomass market – heating – have been well developed; concerning biomass combustion, permanent improvements but no major breakthroughs are to be expected in the future.

New interesting developments can be observed in the area of biomass gasification – small scale and large scale – and also in the conversion of cellulose to sugars and following to biofuels – advanced biofuels. These new technologies are rather expensive and mainly of interest in regions with a highly developed bioenergy industry.

Even though the food prices crisis from the end of the last decade had a lot to do with acute market speculation, the fact is that more and more fertile soil was being used for growing sources of fuel, particularly crops that are also used in human diets. What lessons were learned? Isn’t growing non-edible crops for fuel still taking up land that could be used for food crops?

In this context here I only can mention a few points as follows:

– Land was always and is also today used or different purposes such as food and feed production, fibre production, raw material for starch industry and other biochemical industry, feed for animals for transport (horses) in the past and now for biofuels.

– There is enough land available. In the countries you mention, more than one million hectares of fertile land is not used. It is much better to use this land for energy than set it aside.

– Malnutrition worldwide has different reasons. In almost all cases it is the deficit in protein supply. If you produce biofuels like ethanol or biodiesel you only use part of the crop – starch, sugars or vegetable oil for energy. The plants like corn, cereals, canola, soy bean also contain protein – in total as much protein as the other components. It is used for the food supply as protein cake or other protein feed. Therefore the use of land for biofuels at the same time means production of additional protein. The biofuels production improves the protein supply worldwide.

Use of land for biofuels means production of additional protein. Malnutrition worldwide has different reasons.

On the other hand, if land is idle or taken out of production for ecological reasons, instead of using it for biofuels, also the production of protein is reduced. There are examples in Africa where biofuel production leads to an improved agriculture and, at the end, to more food and renewable energy.

– The variations of prices for agricultural commodities in the last years were mainly a consequence of variations in the climatic conditions – droughts in parts of the world – and not of biofuel production. The land used for biofuels and protein was about 3% of the total arable land, less than unused fertile land and less than productivity gains by better yields per hectare.

– I see a moderate increase of biofuels for transport as a necessity that does not harm the food supply but helps us to reduce the dependency on fossil fuels in the transport sector, to reduce CO2 emissions and to offer new opportunities for agriculture.

When did you get interested in potentials of biomass and what was your first related professional role?

My interest started in the 1980s, at a time when Austria decided to abandon nuclear energy and the accident of Chernobyl demonstrated the risks of this technology. At this time also the first conferences on the negative impacts of CO2 emissions caused by burning fossil fuels took place. In addition, agriculture and forestry in Europe had huge problems of overproduction and needed new markets. In many discussions with my friends we realised that the development of biomass for energy would help to solve these problems, because biomass can partly replace fossil fuels and help reduce CO2 emissions as biomass is a CO2 neutral energy carrier. Energy as a new market for agriculture and forestry can help increase the revenue of farmers and forest owners, and in addition we can create jobs in rural areas, build up a new renewable energy industry and become less dependent on imported energy carriers. In my position, within the agricultural administration in Austria I could help implement these ideas by developing different support and training programs for the deployment of biomass.

Energy as a new market for agriculture and forestry can help increase the revenue of farmers and forest owners, and in addition we can create jobs in rural areas.

World Bioenergy Association (WBA) is a global association located in Stockholm with more than 150 members from 40 countries. Its members are companies, individuals and regional biomass associations.

WBA’s mission is to support efficient and sustainable use of biomass for energy as part of a new energy system based on renewable energies. It considers the replacement of fossil fuels by renewable energies and energy efficiency the core strategy for climate change mitigation.

WBA invites companies from the Balkan region to join it.