H.E. Nicola Minasi, Ambassador of the Republic of Italy in BiH: Water management of high priority for Italian government

Photo: Embassy of the Republic of Italy to Bosnia and Herzegovina 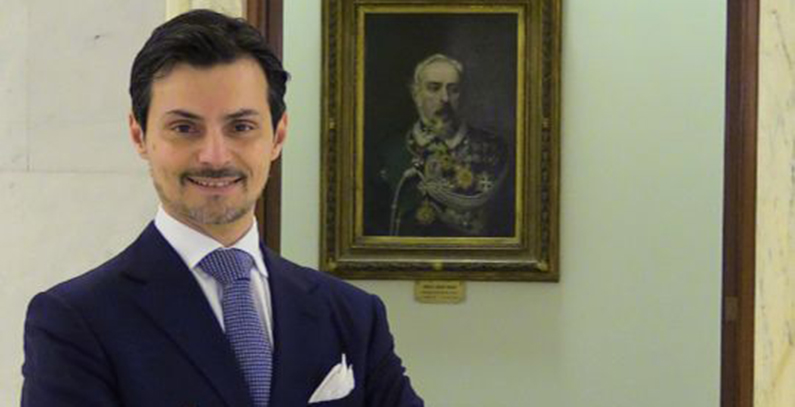 The Italian Government is working on many environmental protection issues that involve water management in Bosnia and Herzegovina and the wider region. As part of that support, in cooperation with United Nations Economic Commission for Europe (UNECE) and Sava River Basin Commission (ISRBC), the Italian Ministry of Environment, Land and Sea is providing financial support to the assessment of Water-Food-Energy nexus in river Drina Basin. The project aims to strengthen the cooperation between the three countries (Bosnia and Herzegovina, Serbia and Montenegro) and help make the current resource management practices in the Basin more sustainable.

At the final workshop under this project, held in Sarajevo on April 19, HE Nicola Minasi, Ambassador of Italy to Bosnia and Herzegovina, stated that the Government of his country is committed to this process and will continue to support initiatives that will be defined through this nexus assessment.

We asked Ambassador Minasi about other involvements of the Italian Government in this project in addition to providing funding.

In addition to providing the funds for the project we are also sharing our expertise and experiences learnt from our own similar situations in Italy.

This nexus assessment project will also feed into a bilateral protocol on the environment with Bosnia and Herzegovina, currently being defined by our Government.

Drina and Sava river basins are transboundary areas by definition. Therefore, cooperation on these issues (water, energy, food and ecosystems) can be a break-through for shared growth in the region.

I really appreciate the process of negotiation that is going on through this nexus initiative and completely agree with what was said at the workshop (in Sarajevo) that it really is about the process, more than about the results. The process that brings different stakeholders to the table to talk about common objectives for the good of all three countries involved (Bosnia and Herzegovina, Serbia and Montenegro).

Is the cooperation of the Italian government and the Ministry of Environment with UNECE focused solely on water management or are there some other areas of cooperation planned?

The Italian Government is extremely interested in water management but that is not the sole issue that we are focused on.

In addition, in cooperation with other agencies, Italy has been working on a number of environmental issues in the region. We are working together with the European Union and Poland, for example, on a phyto-sanitary evaluation and certification in Bosnia and Herzegovina. Such initiatives can create jobs and opportunities, since they should enable food producers in Bosnia and Herzegovina to export not only to European Union countries, but also to other OECD countries.

What is the experience in your country with similar nexus initiatives?

Italy is very rich in rivers, especially in the north, and these rivers are very important for agriculture, hydro-electric production and even for transportation. There are conflicting objectives and interests on the use of rivers between the different regions even within the same country. One region sees agriculture as the highest priority while another region wants to use the same river for industry development. These conflicting interests are looked into and resolved for balance to be established across the sectors.

The reconciliation of conflicting interests and objectives is especially important in transboundary rivers. There are many challenges. Many people think it is better to use water for agriculture rather than for industry, for example. But, that is not always necessarily the case. In the European Union there is a huge debate going on about the use of fertilizers in agriculture that can endanger the purity of the water. The issues are all tightly interconnected and need to be carefully and systematically addressed through multi-sectoral approach and transboundary cooperation, which the nexus approach enables.

Why is transboundary and cross sectoral cooperation so important for riparian countries?

There are two main reasons why cooperation and coordination is necessary.

First, when you have shared resources it is better to have shared goals. Otherwise, there is the danger of conflict among different countries and even within the same country between different regions with different objectives.

The main political issue here is to change perspective and see these situations not as a challenge or obstacle but as an opportunity. Different objectives can be reconciled through thinking in new terms and defining activities that create more results for everyone, and create incentive.

Secondly, it can prepare and define the way to accessing more funds from the EU. With concrete initiatives defined through this nexus project funds can be sought from the EU to implement t projects on transboundary regulations and cooperation.

For example, I know that river Isonzo area in Italy, with Slovenia, has been using a lot of EU funds for projects to address various environmental issues and industrial cooperation.

The very positive thing about this nexus approach is that you have a whole picture made of different players in different countries and from the various governments. It brings together people that speak the same language, regardless of their nationality, because it is the language of the common good. That is the way to enacting new legislation that will allow for cleaner water and environment, the use of cheaper energy in both the public and private sectors, which will result in increased tourism and more jobs.  This is the real opportunity to exploit. The end result comes out of mutual cooperation.