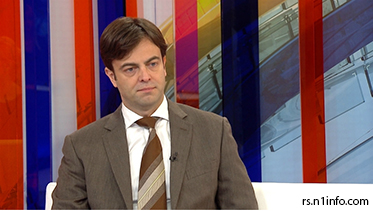 If electricity generated by wind and solar facilities was cheaper than from thermal power plants, Electric Power Co. of Serbia (EPS) would prioritize renewables, said Aleksandar Obradović, head of the government-controlled utility.

In an interview for regional news channel N1, he said EPS however does plan significant investments in aeolic and photovoltaic energy projects in the next five years, he added. The technology is indeed cleaner, but also more expensive, and that will have impact on bills for citizens, Obradović said and added this is why thermal power plants mustn’t be neglected. In his words, EPS constantly invests in environmental protection in those facilities.

The new block in thermal power plant Kostolac, financed by a loan from China, will be the most advanced and in full compliance with European Union’s regulation, he claimed.

The head of EPS said there will be no additional price hike this year. The company is preparing for the open market and needs to fight for customers, so there will be funds allocated for marketing, for „a modest, decent communication with buyers,“ Obradović underscored.

EPS plans to fire another 50 executives by the end of the year, after being reorganized from a system of 14 to just three enterprises, he said. The goal is to save EUR 36 million a year, and 40 executive positions have already been abolished, while now an estimate will be given for the excess number of employees, certainly in thousands, Obradović stated.