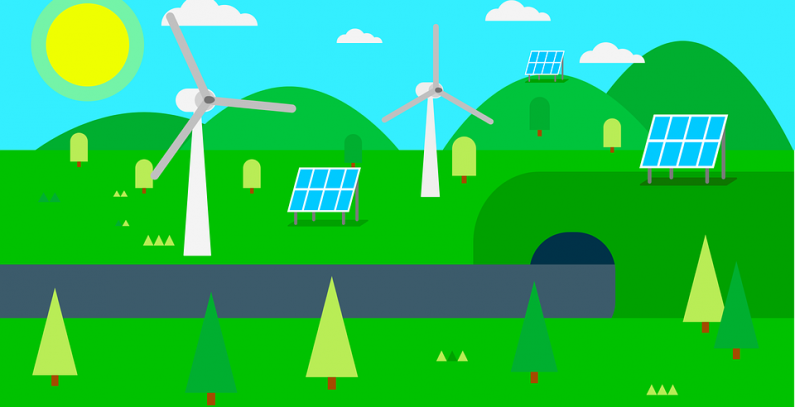 Greece auctioned off around 221.6 MW in combined renewables capacities on December 10, selling approximately 61.94 MW in solar photovoltaic (PV) capacities and 159.65 MW in onshore wind energy capacities, at prices lower than those achieved in the previous auctions, according to a press release from Greece’s energy regulator, RAE.

RAE cancelled the auction for the category of PV projects of over 1 MW and up to 20 MW, citing public interest and distortion of competition. Capacities in this category will be reoffered in January 2019, according to the press release.

With 277.32 MW auctioned off in the first regular competitive auctions, held in July 2018, Greece has sold nearly 500 MW in solar and wind capacities in total in 2018.

The prices achieved in the two successfully completed categories on December 10 were by up to 26.56% below starting prices, RAE said.

In the category of PV installations with a capacity of up to 1 MW, around 61.94 MW in combined capacities was sold, with the weighted average price coming in at EUR 66.66 per MWh, down 18.52% compared to the call price.

Portugal’s EDP Renewables (EDPR) said it secured a 20-year Contract for Difference (CfD) in this category to sell electricity produced by the 15 MW Aerorrarchi wind farm in northern Greece, with expected commercial operation until 2021.

In July 2018, EDPR announced its entrance in Greece with the award of a 20-year CfD for the 45 MW Livadi wind farm.

Commenting on the auction results, WindEurope, a Brussels-based association promoting wind power in Europe, said that the prices for onshore wind projects were competitive, coming in within a range of EUR 55–65 per MWh, compared to EUR 68-72 MWh in the July 2018 auction.

Nine wind projects in total won. All of them have both an environmental license and grid connection license. All of them are located in North and Central Greece, WindEurope noted.

“These are impressive results. The average price level is even lower than in the last French and German onshore auctions. The fact that prices have come down is a signal of confidence from investors in the outlook for wind energy in Greece. The high level of competition and the participation of big investors with large wind portfolios in Greece and the wider region has helped to create a downward pressure on prices,” said WindEurope Head of Advocacy & Messaging Joël Meggelaars.

Meggelaars invited Greece to now look to be more ambitious on wind in its National Energy and Climate Plan for 2030. He also noted that the cost of obtaining a permit for wind farms in Greece remains an issue.

“The winners in this auction already anticipated these costs as they began developing their projects almost a decade ago. The Greek Government should look at simplifying the permitting procedure. And give more transparency on the length of time needed for environmental assessment, spatial planning and grid connection procedures,” said Meggelaars.