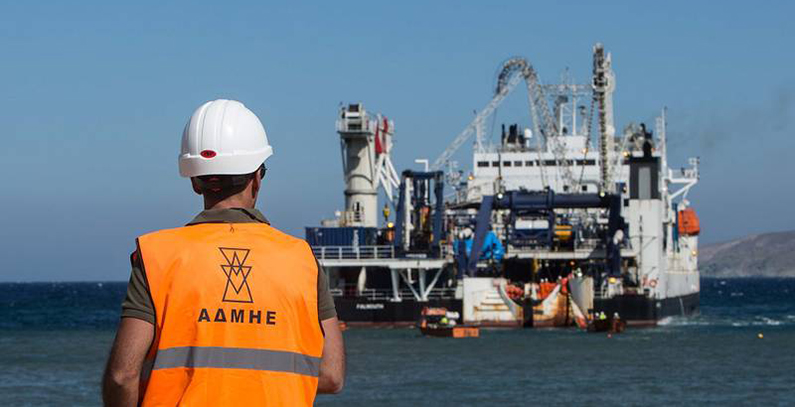 The call for expressions of interest for the entry of one or more strategic investors in Ariadne Interconnection is expected to be announced “in the first months of 2020,” according to the media in Greece. Independent Power Transmission Operator SA, also known as IPTO or Admie, is said to be preparing to sell up to 39% in the special purpose vehicle.

The project to connect Crete with Attica via a submarine power cable is worth EUR 1 billion, a record. State Grid Corp. of China owns 24% of the transmission system operator or TSO. Its certified competitors from the European Union are expected to be given priority and many of them are interested, anonymous sources informed newsrooms. State Grid has said it would like to buy 20%.

Consortium EuroAsia, involved in a trilateral grid integration project with Cyprus and Israel, has indicated it would participate.

A minority partner would enable financing without a loan. Insiders have told reporters the transaction would be used as a model for subsequent infrastructural development in the sector.

Admie has the ambition to link most of the inhabited Aegean islands within a decade, with estimates taking the value of the works up to EUR 5 billion. The Regulatory Authority for Energy (RAE) is planning the divestment together with it. A shorter cable, between Crete and the Peloponnese, is scheduled to be installed next year.

Ariadne was initially funded with a EUR 200 million package that was provided by the Bank of China and ICBC to connect the biggest island with the mainland.

Of note, the Regional Council of Crete has decided to back the proposal by islanders to change the location for the converter station from Damasta back to Korakia, which is on Crete’s coast west of Heraklion, as originally planned. The institution’s panel responsible for the environment and spatial planning has long opposed the possibility for the unit to be placed in Damasta, located further inland. It has also demanded from the government to pay the local municipality of Malevizi for taking a power line through its territory.

The state-run Public Power Co. SA, better known as PPC or DEI, is insisting on a precise timetable for the shutdown of Linoperamas, a nearby 193-MW electricity producer. It is burning heavy fuel oil.