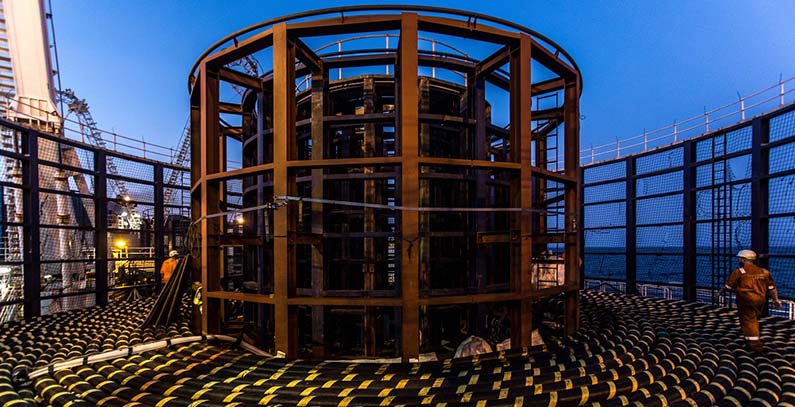 Independent Power Transmission Operator SA has said it electrified the 150kV alternating current or AC submarine interconnection between the islands of Andros and Evia in Greece. The link boosts the existing supply capacity within the second corridor of the Cyclades, according to the entity known both as IPTO and Admie. It added the cable connecting Andros and Tinos is expected to be powered in January.

The project ensures reliable power supply to the Cycladic Islands during the peak summer period, alongside phase B of the interconnection with the transmission system, the press release adds. The latter is scheduled to be completed with the construction of the new gas-insulated substation (GIS) S/S on nearby Naxos and the submarine interconnection of Naxos with Paros and Mykonos, expected by Admie in the first months of next year. Both projects, co-financed by the European Union and domestic state funds, are budgeted at EUR 70 million in total.

The new submarine lines incorporate unique innovation features, as they are the first ever-installed high-voltage cables that come with high-strength synthetic fibre armour design, which stabilizes the grid voltage and minimizes the environmental footprint, the announcement reads.

Manousakis: Our top priority is the expansion of the electric power grid based on the principles of sustainable development

Head of Admie Μanos Manousakis said the transmission system operator or TSO is ambitious about innovative features of its activities in the segment. “Our top priority is the expansion of the electric power grid based on the principles of sustainable development. The electrification of the Evia-Andros cable brings us one step closer to the electric interconnection of the Greek islands, to be completed before 2030, according to the ten-year network development plan that we have already drawn up and is to be submitted to consultation by the end of the current year”.

Of note, contractor Nexans is laying a cable between the mainland port of Lavrion and remote Syros. The TSO claims the new infrastructure under the Aegean Sea would prop up supply and push down the prices of electricity.