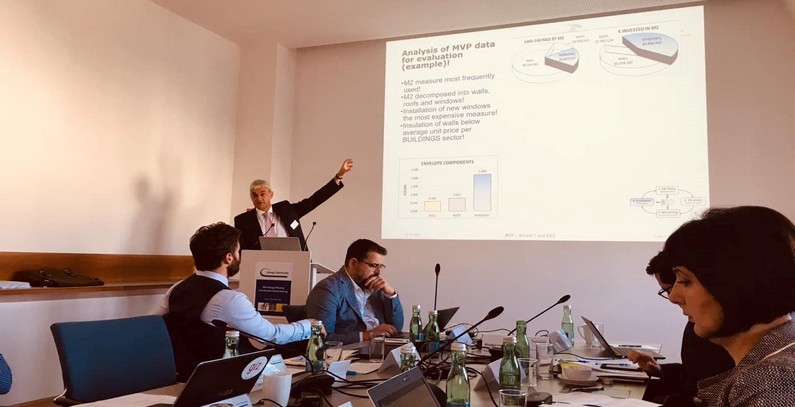 The support will be provided within the scope of the new ORF-EE project “Strengthening cooperation between national and local governments in SEE for sustainable development of EE and climate protection measures” (MVP Plus). Its focus is on local implementation of the online based Monitoring and Verification Platform (MVP) for calculation of energy and CO2 savings from EE measures.

“Integration of the MVP system on municipal level in WB would complement MVP’s use on national level, where the tool is already introduced, helping improve communication between the different administrative levels for more effective sector policy making,” Berina Delalić-Gurda, ORF-EE Project Manager, stated. 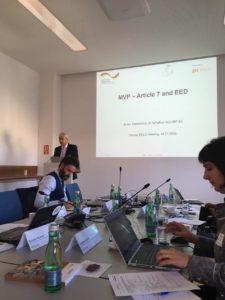 ORF-EE’s consultant Armin Teskeredžić used the meeting to present some of the main challenges facing the implementation of MVP, as well as opportunities for its wider use.

He recalled that although MVP has been effective so far, it was initially developed by ORF-EE and its partners at the time of the Energy Savings Directive and only covered final energy savings. Now with the Energy Efficiency Directive (EED) in effect, the area of action for improving EE has become wider and covers also parts of the energy transformation chain, beside measures at the final consumer side. This poses new challenges for WB countries and the system itself as it requires certain upgrades for tackling this new area. In this regard an upgraded feature, tackling primary energy calculation will be developed through the new ORF-EE MVP Plus project.

“With a simple upgrade of the MVP tool and some guiding points for the users, it will be possible to monitor the implementation of several articles of EED, including article 7 and it’s two approaches as described in the Directive,” Teskeredžić highlighted. This is especially important for recording of resulting savings of measures implemented under the EED, used for fulfillment of national energy efficiency reporting requirements. 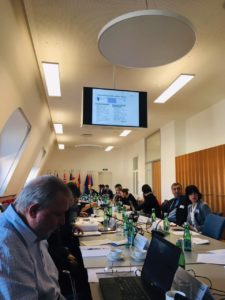 ORF-EE also announced further investments in capacity building of national staff in ministries, agencies and other institutions responsible for data collection on energy savings, including expansion of MVP’s capacities to fit the requirements of the EED. The ORF-EE will, among matters, support data collection and feeding into MVP to help reporting and policy making processes, validation of results and data check, analysis of data and evidence-based planning, including knowledge management and sustainability of established structure. All activities foresee regular regional exchange between relevant stakeholders on national and regional level, aiming for the establishment of a network of local and international experts that are capable of designing solutions to EE policy challenges in the region.

Representative of the Ministry of Economy of Montenegro, Mr. Božidar Pavlović stated during the EECG meeting that he finds the project initiation moment just right as MVP has been recognized as an obligatory tool for reporting on energy savings by the new amendments to the Law on Efficient Use of Energy in Montenegro.

Other WB EnC contracting parties also reported inclusion of MVP into their legal framework. The Republic of Serbia and FYR of Macedonia have already included it into amendments to their Laws on EE and are expecting their adoption beginning of 2019. Kosovo has integrated MVP in its new Law on EE which was officially adopted on November 7 of this year and is in full compliance with EED.