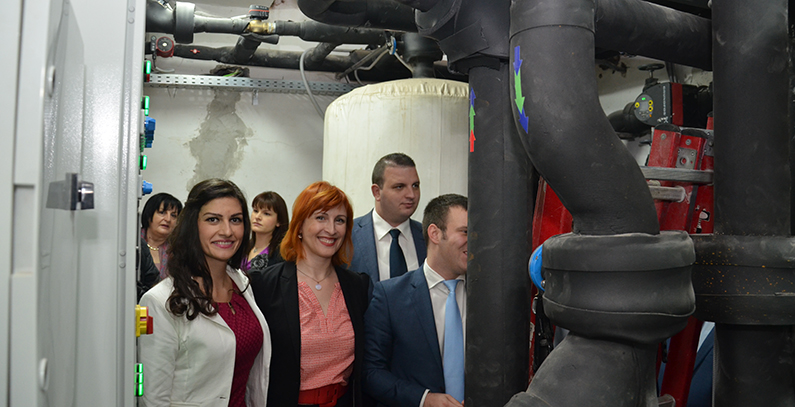 Within the regional project ‘Energy Efficiency in Municipal Associations’, German Development Cooperation – GIZ has implemented four pilot projects in cooperation with the Union of Municipalities of Montenegro.

In Berane, a heating boiler fuelled by wood pellets has been procured and installed, and the heating system was repaired in the daily care centre for children with special needs. GIZ said that in Nikšić it has procured 36 LED lamps for public lighting in the main city street, while the municipality has procured 10 additional LED lamps. In Danilovgrad, GIZ has supported electrical and installing works of the geothermal heating pump in the Cultural centre. This is the first public building which uses this renewable energy source.

In the capital city of Podgorica, windows have been replaced on the building of the Secretariat for Urban Planning and Sustainable Development, GIZ said. For all pilot projects, municipalities provided their own funds, and the works will result in savings in local budgets, the press release said.

The projects have been implemented by GIZ and its Open Regional Fund for South-East Europe (GIZ ORF-EE) and financed by the German Federal Ministry for Economic Cooperation and Development (BMZ) and the Swiss Agency for Development and Cooperation (SDC).