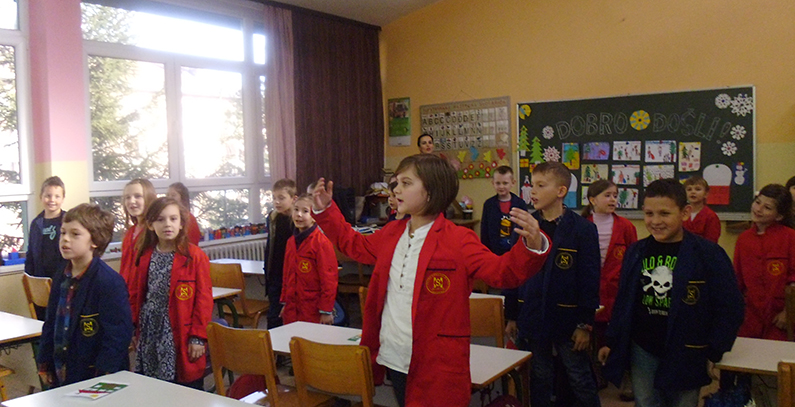 As part of the regional project Energy Efficiency in Municipal Associations (EeMA), implemented through the Open Regional Funds for South-East Europe – Energy Efficiency (ORF-EE) and Modernization of Municipal Services (ORF-MMS), the German Development Cooperation (GIZ) implemented eight energy efficiency pilot projects across Bosnia and Herzegovina (BiH) in November and December. The improvement of energy efficiency was undertaken in the municipalities of Bijeljina, Novi Grad, Gradiška, Ilidža, Zenica, Foča, Trebinje and Kreševo. A total of 40 local authorities applied for funds.

Works were financed by the German Federal Ministry for Economic Cooperation and Development (BMZ) and the Government of Switzerland. The project is part of the overall support provided by these governments as regards BiH’s process of approximation to the European Union. Provision of support by the Government of Germany also refers to the particular process of transposition of energy sector relevant EU acquis into the country’s legislation.

The pilot projects brought together actors from different government levels, the non­-governmental sector, municipal associations and other relevant institutions, which recognized the projects’ potential and showed the willingness to help the initiation of a serious debate on energy efficiency in BiH, also demonstrating support in addressing and applying necessary changes in the future.

Pilot projects addressed the general improvement of energy efficiency in BiH, particularly through increased and improved public lighting by use of LED technology and replacement of old lighting in the municipalities, improvement of heating and cooling systems in public buildings, installation of mini power plants with solar photo-panels, modification of façade windows in public buildings, GIZ said.

Five local projects were completed by early December, while the ceremonies for the introduction of efficient lighting in Foča and Trebinje, and the modification of façade windows in public buildings on Ilidža in Sarajevo were held in mid-December.

Trebinje, a town in the south, has replaced 40 public lighting lamps on its outskirts. Representatives of GIZ visited the Geljev most site and met local officials. One half of the total project value was provided by GIZ  and the other half by the Association of Towns and Municipalities of Republic of Srpska.

The lamps now use four times less energy than the mercury-based bulbs. This is not the first project related to energy efficiency that had been implemented in Trebinje, as we have already replaced a number of street lights with LED lights in the city area,” said deputy mayor Nedjeljko Ćebedžija.

In the Second Primary School in Hrasnica, in the municipality of Ilidža, replacement of exterior fenestration elements on the classrooms part of the school building with windows and doors of improved thermal characteristics was also conducted within the EeMA project. The Mayor, PhD, Prof. Senaid Memić, as stated on the Municipality’s website, said that “children are the future we all need to invest in.”

A system of heat pumps for heating and cooling was introduced in one of the buildings of the local authority of Bijeljina, which resulted in electricity savings by up to 70%.

“Bijeljina has a lot of potential to use alternative energy sources. The use of gas, geothermal and solar energy can significantly increase energy efficiency and reduce the pollution of our environment. Thanks to GIZ, the heat pumps were installed in the building of the Department of Urban Planning and Department of Veterans and Civil Protection, which will help us achieve huge savings of electricity,” Mayor Mićo Mićić said, as reported on the municipal website. Two pumps of 10 kW will heat and cool 37 offices, distributing heat more evenly.

EeMA is being implemented in BiH, Kosovo, Albania, Serbia, Macedonia and Montenegro.