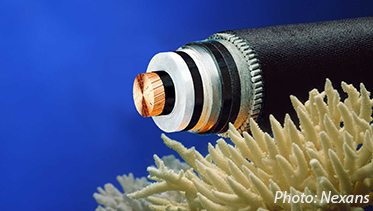 Ministers Panos Skourletis, responsible for energy, and Giorgos Stathakis, who runs portfolios of economy, development and tourism, signed agreements with visiting German vice chancellor Sigmar Gabriel for the provision of knowhow from Europe’s largest economy to support renewable energy in Greece, especially in the noninterconnected islands, and to promote exports. The deal followed an energy conference about the future of the sector beyond 2020, Energy Press reported.

Gabriel, also the minister for economic affairs and energy, said policies focused on preserving the environment and economic development aren’t contradictory in essence. He noted Germany decided in 2011 to abolish nuclear power plants by 2022, adding it cost the economy 30,000 jobs but that it created 300,000 new ones through the development of energy projects in the segment of renewable sources.

The visiting official stated electricity production on Greek islands would decrease in costs by switching to renewables. Gabriel said the share of fossil fuels there is significantly larger than the European Union average. He underscored 80% of German green power is exported.

Stathakis said the new development law will support small and medium-sized firms and that it will stimulate the establishment of ventures including small hydropower plants and other renewable energy projects in non-interconnected islands.

Minister Skourletis stressed the support system for green energy will end market distortions. He said Greece is going to focus on energy efficiency and storage, expansion of electric car usage, and making islands environmentally sustainable. Cutting costs by linking with the mainland grid will also boost tourism, he claimed.

Gabriel and Skourletis met with representatives of forty German companies who expressed interest in investing in wind power systems and other renewable energy projects on islands in Greece, as well as in interconnection networks and technologies to make the islands energy independent. Proposed moves cover hybrid wind and photovoltaic units, large storage and smart metering.

Skourletis said the area of energy efficiency has significant capital flows. He added the government is against squandering energy, a basic principle of responsibility for the planet’s future. “After years of austerity, it’s time to start the debate on growth and job creation. I think only better days are ahead of us,” said Gabriel.