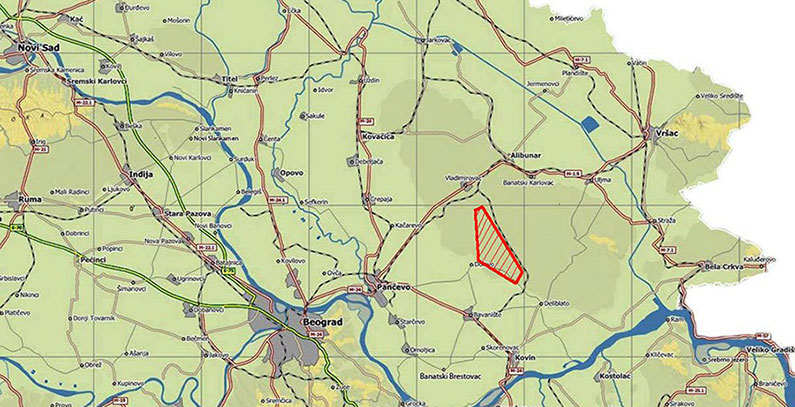 DEG – German development finance institution and a subsidiary of KfW Group has acquired a 10 percent equity interest in the 158 MW Čibuk 1 wind park in Serbia and joined two other investors in what is set to be the largest wind farm in Serbia.

The wind farm, due to be completed in 2019, will have a capacity of 158 MW and will be equipped with 57 GE turbines that will produce 470 GWh of electricity annually, which will be fed into the national grid. It is enough to supply 113,000 households with green energy, the DEG statement reads.

Another investor is the Finnish wind farm operator Taaleri Group, which has acquired a 30 percent stake. The wind farm is 60 percent owned by Abu Dhabi Future Energy Company (Masdar). The loan-based financing was arranged by the IFC (International Finance Corporation) and the EBRD (European Bank for Reconstruction and Development). A total of around EUR 300 million is invested.

The acquisition of a minority interest in the project company was the first investment made by Taaleri Aurinkotuuli, one of the Taaleri Group’s investment funds. The fund’s investment was made as a co-investment with Finnfund, a Finnish state-owned development financier. The deal was signed in November 2017.

Vetroelektrane Balkana d.o.o, the developer and future operator of the Čibuk 1 wind farm, secured in late October a credit line worth EUR 215 million for its wind power plant, most of which is planned to be built in the Kovin municipality, less than fifty kilometers northeast of the center of Belgrade.

The facility of General Electric Co.’s 57 turbines in the area of villages of Mramorak and Dolovo will be financed by the EBRD and the International Finance Corporation, which is a member of the World Bank Group. The wind turbines will be supplied by GE Wind Energy GmbH in Salzbergen, Lower Saxony.

The design of the turbines puts columns at 110 meters, while blades will be sixty meters long. At 158.4 MW, it is set to become the largest wind farm in the Western Balkans, according to Serbia’s minister of energy Aleksandar Antić, who also emphasized that Čibuk 1 is the biggest single private investment in the country.

As a development finance institution, DEG has been operating in Serbia since more than 15 years, financing projects in the agriculture, infrastructure and financial sectors.