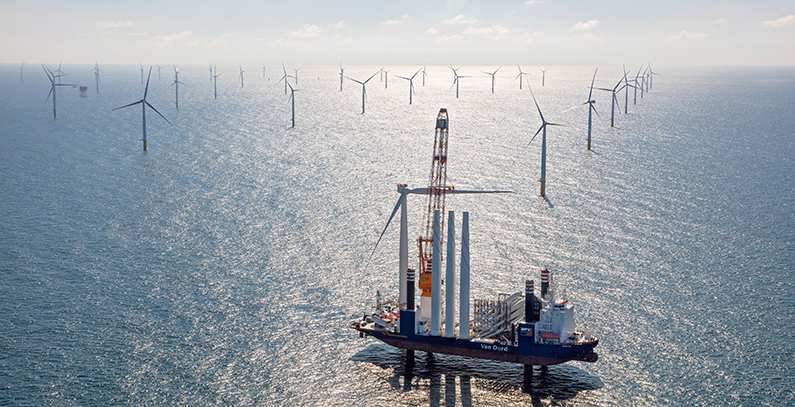 The Gemini Offshore Wind Park was opened about 85 kilometers from the Dutch coast off Groningen in the North Sea in an area with average wind speeds of about 36 kilometers an hour. It has a power production capacity of 600 MW with 150 turbines deployed over an area of 68 square kilometers.

Speaking at the opening ceremony in the town of Eemshaven, Gemini Managing Director Matthais Haag said the offshore wind farm will produce 2.6 TWh of sustainable energy every year which means that the Netherlands will reduce its CO₂ emissions by 1.25 million tons a day.

Gemini said it plans to meet the power needs of 1.5 million people over the next 15 years with a reduction in CO₂ emissions equal to the emissions of 50,000 covering 25,000 kilometres a year.

Gemini has two offshore high-voltage substations linked to a land station in Eemshaven by a 110-kilometre export cable where the power is converted to 380Kv and passed on to the TenneT power station.

Gemini is owned by four companies: Northland Power (60%), Siemens (20%) which provided the turbines and Van Oord and HVC owning the rest of the wind park shares.

The investment in the offshore wind park project stands at EUR 2.8 billion to date, with the money coming from loans from 25 banks in Asia, Australia, Europe, and North America.