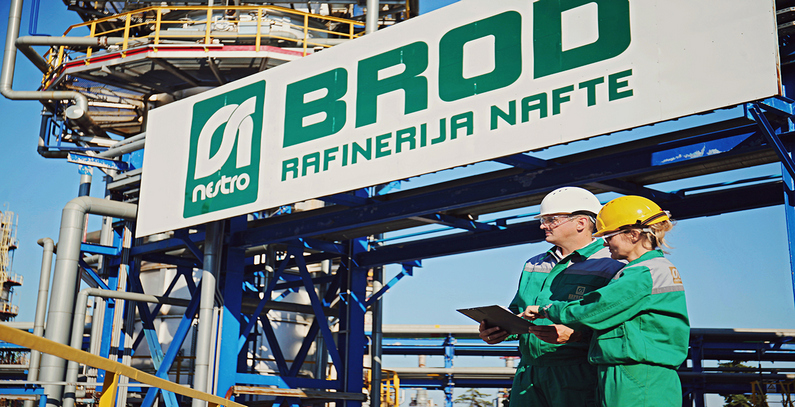 The Russian owners of oil refinery Brod (RNB), which has been out of service for two years now, plan to build four solar power plants on the refinery’s grounds, and have already applied for renewable energy incentives with the Regulatory Commission for Energy of Republic of Srpska – RERS.

Capital.ba has learned that the four solar power plants (RNB Solar 1, RNB Solar 2, RNB Solar 3, and RNB Solar 4) should be put in operation in early December. The projected annual output for each of the four facilities is 280 MWh of electricity. The installed capacity of units RNB Solar 1, 3, and 4 will be 238 kW each, while RNB Solar 2 is planned to have a capacity of 239.4 kW.

Officials from Russia’s oil company Zarubezhneft, which is a majority owner of the oil complex of the Republic of Srpska (RS), announced the construction of the four solar plants in February this year, following a meeting with RS Prime Minister Radovan Višković.

Besides the construction of solar capacities, the Russian company has also announced plans to produce hydrogen, build natural gas-fired power plants, and expand the network of filling stations, while insisting that there will be no job cuts.

The company is also replacing fuel oil with natural gas in the production process, with the aim of cutting costs and reducing the adverse impact on the environment, according to capital.ba.

Earlier reports revealed the Brod refinery posted a loss of nearly EUR 60 million for 2019. The latest announcement by the Russian owners is that oil processing there would resume by the end of the year.