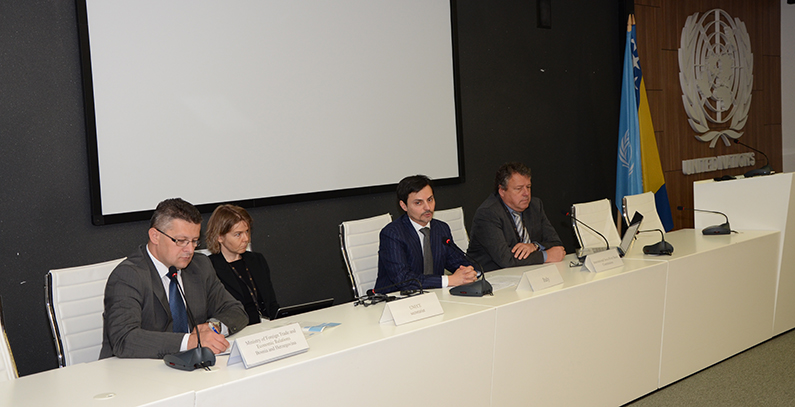 The third and final workshop on Water-Food-Energy-Ecosystems Nexus and the Benefits of Transboundary Cooperation in the Drina River Basin was held in Sarajevo. The need to coordinate efforts to prioritize investments and to institutionalize nexus approach were some of the messages sent from the workshop.

The workshop held on April 19-20, 2017 was organized by the United Nations Economic Commission for Europe (United Nations Economic Commission for Europe – UNECE) and the International Sava River Basin Commission (ISRBC). The workshop was part of the “Greening of economic development in Western Balkans through applying a nexus approach and identification of benefits of transboundary cooperation”, carried out in the framework of the Convention on the Protection and Use of Transboundary Watercourses and International Lakes (Water Convention).

The project is funded by the Italian Ministry of the Environment, Land and Sea and supported by the UNECE secretariat. The project aims to strengthen the cooperation between the three countries (Bosnia and Herzegovina, Serbia and Montenegro) and help make the current resource management practices in the Basin more sustainable.

Hosted by the Ministry of Foreign Trade and Economic Relations of Bosnia and Herzegovina (BiH), the workshop in Sarajevo brought together international and local experts from the three neighboring countries – Bosnia and Herzegovina, Montenegro and Serbia. This was an opportunity to present the findings from the assessment, and to discuss the final conclusions and recommendations, as well as opportunities for follow-up activities with different sector ministries from riparian countries and civil society representatives.

The previous two workshops, held in Podgorica in April 2016 and in Belgrade in November 2016, enabled all stakeholders to participate in defining the joint priorities of the three countries for the project to focus on, agree on the importance of intersectoral cooperation for integrated approach to management of water and related resources and explore obstacles, solutions and actions for transboundary cooperation.

Opening the workshop in Sarajevo, Boško Kenjić, Head of the Department for Water Resources at the Ministry of Foreign Trade and Economic Relations BiH, said: “We used Drina as a very characteristic example of a transboundary river basin shared between three countries, with large numbers of water consumers, with conflicting interests but which, with adequate planning and cross – sectoral cooperation, can achieve certain benefits from usage of water resources in Drina river Basin.”

Addressing the participants gathered at the workshop, HE Nicola Minasi, the Ambassador of the Republic of Italy to Bosnia and Herzegovina, expressed the commitment of his Government to further support initiatives stemming from the assessment, and added:  “We are very happy that our expertise is being shared with everybody here. Intelligent management of water resources with a transboundary approach that you have been taking can provide many benefits such as creating jobs, energy and growth of the economy.”

The nexus approach is a participatory process for joint identification of issues and dialogue informed by analysis. “At first I thought this was another study but soon into the exercise realised that it is actually about the process. The process of enhancing the dialogue between different stakeholders in the Sava and Drina river basin. I now think, on behalf of the Commission, that this dialogue between the stakeholders is the most important part of the process and should continue in the future,“ said Samo Grošelj, from International Sava River Basin Commission.

The main findings of the assessment study were presented by the International experts, Youssef Almulla, from the Royal Institute of Technology in Stockholm, Lucia de Strasser, a consultant for UNECE and Prof. Stephen Stec, from Central European University (CEU).

The study is divided in three main themes: Co-optimizing flow regulation, Promotion of rural development and Protection of water quality and improvement of solid waste management in the Drina river Basin. It demonstrates that coordinating the operation of the existing dams in the Drina Basin would not only allow for better flood management, but would also improve national energy security, increase electricity export opportunities and reduce annual greenhouse gas emissions in the long term, without compromising any plant’s electricity production. Energy efficiency should also play a key role in optimizing production and reducing emissions.

At the local level, the agricultural sector needs to be modernized in terms of technology and practices, and diversified in terms of production as well as income. As it is further stated in the UNECE press release published on the organization’s website, the results presented show that there are various opportunities to improve the livelihoods by combining the promotion of local, high quality agricultural products with nature-related tourism and/or with renewable energy production, including biomass. More sustainable renewable energy development is crucial and should be seen as an opportunity.

The study proposes updating the feasibility studies of new hydropower infrastructure and evaluating the impact of the new projects in the basin across sectors and borders and on the environment.

Based on the main three themes of the study, representatives of institutions from the region, civil society and local experts worked together in three groups to provide comments on realisation of action packages suggested by the study, as well as on the benefits and barriers. A common obstacle for all three sectors, was legislation. It was identified as sometimes being inadequate lacking or having shortcomings in its enforcement. 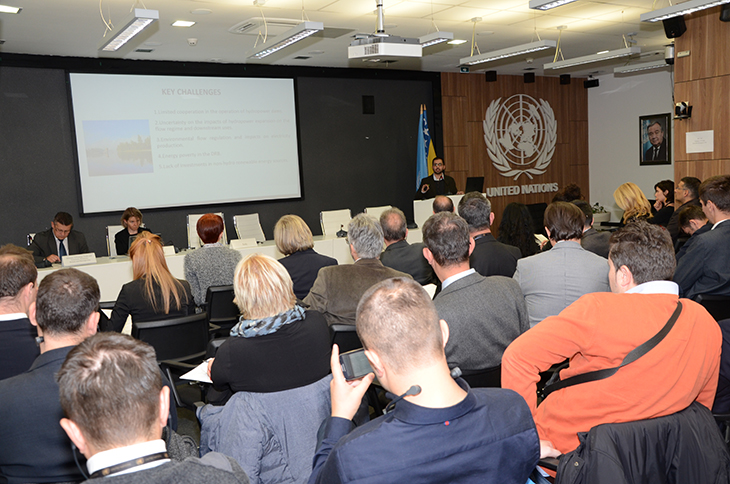 Picture 2: Presentation Youssef Almulla to the participants at workshop

It also needs aligning between three countries for cooperation to take full effect. In all three groups the need for coordination and transboundary cooperation was prioritised in various ways, for instance infrastructure development and the collection of adequate comparable data.

In some sectors cooperation on a technical level already exists, but the political will is lacking. In other sectors, in addition to political will, many obstacles lay ahead for the full potential to be realised. For example, there is significant potential for organic farming, interlinked with eco-tourism development in Drina river basin. However, it remains underutilised, due to the lack of adequate legislation, promotion, subsidies and a certification system.

Water quality in the basin is deteriorating downstream due to problems of collection of waste water, insufficient collection and disposing of solid waste and numerous illegal landfills. Many of the obstacles mentioned require time-consuming and costly actions.

The groups suggested possible solutions. They agreed that some of these problems can be addressed first through smaller-scale pilot actions at a local level, which could then serve as good practice to share with other countries and to seek support for larger scale initiatives on cross-border level.

Approach that provides best results and should be institutionalised

The participants of the workshop understand the potential the Drina river basin holds and have expressed a strong commitment to continue the work on transboundary and cross-sectoral cooperation for a greener economy in all riparian countries. However, they also recognised the need to prioritise coordinating efforts for better investment, as lack of funding is main obstacle to joint environmental actions.

Everyone involved appreciated the nexus approach for bringing together different sectors and interests and communicating to decision makers the need for cross-sectoral coordination. It was also said that nexus approach needs to be institutionalised, put in practice and integrated into strategic documents and local development plans.

To do so, various capacity building needs would have to be addressed, such as learning about nexus tools and the transferring of experience to local experts. The participants also stressed the need for awareness raising and information sharing on the nexus approach at different levels, from governments to non-governmental sector.

At an operational level, the existing structures, with multi-sectoral character, should be built on through existing initiatives in the region, and by improved cooperation on sustainable development goals at the governmental level. International support is of a high priority, for the efficient implementation of action packages for the sustainable use of natural resources in the Drina river basin, defined through nexus assessment.