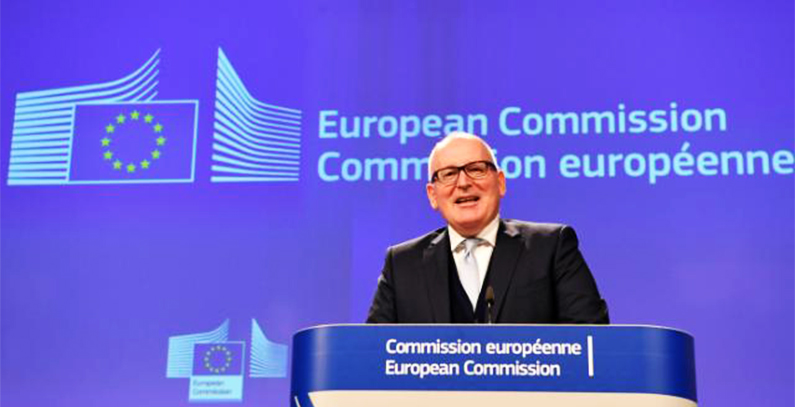 The European Commission (EC) College proposed to prolong the import anti-dumping duties on solar panels from China for a further period of 18 months instead of 24 months with a gradual phase-out.

Frans Timmermans, EC First Vice-President, announced the proposal at the press conference and said that it will be sent to 28 member states for further discussion.

The EC College discussed the sensitive case of anti-dumping import duties on solar panels from China placed in 2013 and concluded that the European Union (EU) undoubtedly has a right to protect its industry from unfair competition and from dumped or subsidised import.

At the same time Commissioners took into consideration that there are companies from the EU that rely on the imports to develop their final products and employ thousands of people. In addition, solar energy is identified as essential when it comes to the EU environmental and climate goals.

After careful and thorough weighing of the options and taking into account different interests at stake, the EC College has proposed the measures to be prolonged for further 18 months with a gradual phase out. There were no further details about the phase-out.

“The phase-out is meant to make sure producers of solar panels in the EU have the time to adapt to a new situation,” said Vice-President Timmermans.

Anti-dumping duties have been placed on Chinese solar panels and cells in 2013 and a majority of EU countries last month opposed a proposed two-year extension. Limited tariff-free imports of panels are allowed at a minimum price of EUR 0.56 per watt, while anti-dumping duties of up to 64.9% are set for those outside the agreement. Anti-subsidy duties are capped at 11.5 percent.

The supporters of the measures claim that the import duties have allowed EU producers to invest and have not impeded the market’s development, the media reported. On the other hand, those in the solar industry opposed to duties claim that reducing the extension period is positive although cells should be excluded altogether. According to them, it is vital to determine what the gradual phase-out means.

The case is expected to be settled by March 3.