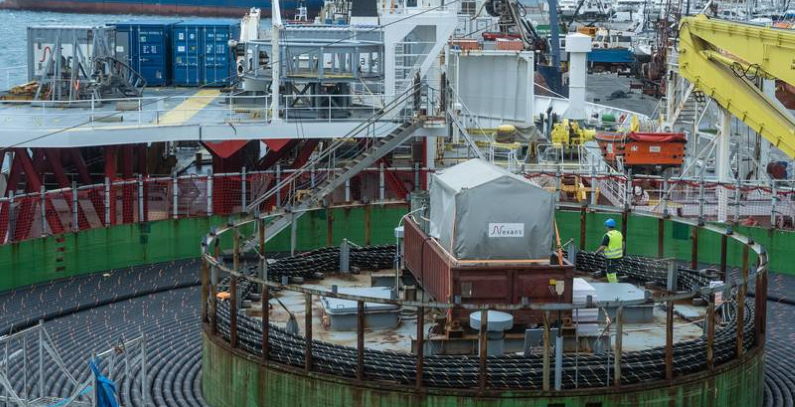 The financing framework for the undersea electricity link between the Greek mainland and its largest island has been completed. The country’s TSO Admie secured a credit line of as much as EUR 400 million from Eurobank for the Ariadne Interconnection between Crete and the Attica peninsula.

Greece’s Independent Power Transmission Operator, also known as IPTO or Admie, signed a loan agreement of up to EUR 400 million with Eurobank via its Ariadne Interconnection subsidiary to finance the Attica-Crete power submarine cable project. The endeavor worth EUR 1 billion is necessary for the island to integrate with the mainland, develop power plants that use renewable sources and shut down fossil fuel facilities.

According to the provisions of the deal, Eurobank has the exclusive right to provide loans for the project.

“Favorable terms, of benefit to Greek consumers, with the possibility of participation of the European Investment Bank up to the amount of EUR 200 million at a later stage, further reducing its cost, accompany the project. Funding this emblematic project is a clear message that the Greek government achieves its targets regarding energy transition that among other things promotes interconnecting the majority of unconnected islands with the mainland’s electrical system,” said Deputy Minister of Environment and Energy Gerassimos Thomas.

The project is planned to be completed in 2023. Chief Executive Officer of Eurobank Fokion Karavias said the domestic lender is committed to being present every landmark project in the country.

“This is a major project for the Greek economy and for sustainable development. Besides its large and direct benefits, it fully integrates in the green transition strategy that will highlight and allow full use of the island’s rich potential in renewable energy resources. Under current circumstances it also has geopolitical significance,” he stated.

Eurobank’s common bond loan has a repayment period of ten years with a possibility of partial withdrawals. The project will be implemented using equity of EUR 200 million. The remaining EUR 400 million is planned to be secured under the European Union’s operational program Competitiveness, Entrepreneurship, Innovation 2014-2020 or also its successor.

State Grid Corp. of China, the world’s largest power transmission firm, holds 24% in Admie. It has expressed interest in doubling the stake and acquiring 20% of Ariadne as well.

Two years ago, the Bank of China and the Industrial and Commercial Bank of China (ICBC) gave Admie an unsecured EUR 200 million loan and pointed to the role of State Grid as a strategic investor in the company.

Admie, Greece’s national transmission system operator (TSO), is looking to sell a minority stake in Ariadne. It already held talks with RTE from France and Elia from Belgium. The tender that was scheduled to be launched earlier in the year was delayed due to the COVID-19 pandemic.

Deals with contractors have been signed

The Crete-Attica interconnection line should cut carbon dioxide emissions in the country’s biggest island by an estimated 60% and lower power utilities’ costs there by EUR 400 million per year.

Siemens and Terna were selected for the design, supply and installation of two converter stations and one substation.