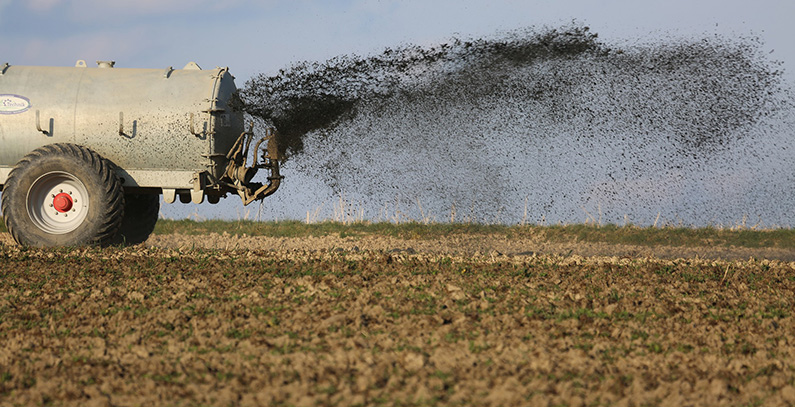 The Balkan state was supposed to undertake measures of protection from harmful fertilizers by December 2017. The Court of Justice of the European Union said Greece must pay a lump sum of EUR 3.5 million as it was late in tackling the pollution of surface water and groundwater with nitrates.

Following a culmination in the dispute between the European Union and the government in Athens, the highest judicial instance ruled the latter is “slow” in the implementation of the bloc’s law on the protection of waters. Greece was fined EUR 3.5 million. The country failed to roll out measures against the pollution of water with nitrates from farming, the press release notes.

The Plain of Thessaly and the Evros river are among the zones that the state was obligated to declare vulnerable. The decision stems from the 2015 order by the EU Court of Justice. Greece was supposed to fulfill the obligations by December 2017.

The European Commission last intervened on April 11, demanding both a penalty payment and a lump sum. The judges, however, pointed to an interministerial decree passed two weeks after that.

The document, which came to force on May 3, showed Greece made the necessary effort to comply, so the fine is just a lump sum, the statement revealed.

The infringement concerning fertilizers includes the lack of an action program, according to the court based in Luxembourg. Such plans must be produced within a year from designating an area as vulnerable.

“Protecting the environment constitutes one of the essential objectives of the EU and is fundamental in nature… The fact relied upon by Greece that those zones enjoyed sufficient protection until the time when the interministerial decree was adopted cannot be taken into account as a mitigating circumstance,” the institution added.

The threshold for the presence of the harmful nitrogen compounds is 50 milligrams per liter. Agricultural production also caused eutrophication in surface water and groundwater in the said zones, which means there is an excessive level of nutrients. It normally boosts algae growth, which in turn leads to a lack of oxygen.

If a member state doesn’t comply with a judgment, the European Commission may opt for further action.

A string of reprimands

Of note, the EU’s executive arm urged a group of countries including Greece in November to bring their legislation into line with rules on the prevention and management of the introduction and spread of invasive alien species.

Last month the commissioners threatened to send a reasoned opinion, which would mark an escalation in the dispute, to Romania, Greece and Malta for failing to adopt their first national air pollution control programs. They were supposed to do so by April of last year, prompting regulators to send a formal notice.

The three states were given two months to comply.