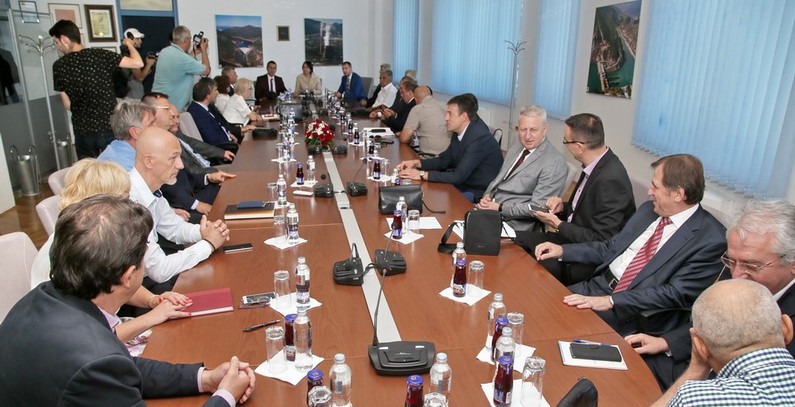 All production and distribution units of ERS, the power utility of Bosnian Serb entity Republika Srpska, except the Gacko coal mining and thermal power plant complex, operated in the black in H1, according to Čičković.

In H1, ERS sold 1,687.7 GWh of electricity worth around EUR 66 million on the market, investing about EUR 38 million in new facilities and the modernization and reconstruction of the existing ones.

“The most important thing is that we managed, through a series of measures and activities, to mend a very difficult situation we found, which was caused by poor water levels last year, when the need for considerable electricity imports arose, causing a loss and arrears to suppliers and creditors,” Čičković said.

Debts to Bosnia and Herzegovina’s (BiH) electricity transmission company Elektroprenos BiH and power utilities in the region had exceeded EUR 15 million, and settling these debts was a priority of ERS’ new management, which is now servicing debts in a timely manner, according to her.

ERS has been stabilized, she noted, adding that electricity exports in H1 2018 tripled year-on-year and doubled compared to H1 2016.

Discussing the company’s investment activities in the first half of 2018, Čičković said that activities are ongoing to secure financing and the execution of works for the Dabar and Buk Bijela capital hydropower plant (HPP) projects. In H1, investments worth around EUR 5.63 million were realized concerning the construction of HPP Dabar.

Some EUR 3.3 million was invested in H1 in the construction of the Bočac 2 small HPP, whose total value is around EUR 20.5 million. Testing is under way, and the plant’s commissioning is expected in the third quarter of 2018, Čičković said.

Works on HPP Bogatići Nova, worth around EUR 9.46 million, are nearing completion, with testing and commissioning expected in the period ahead.

Activities concerning the construction of the Hrgud wind farm are also ongoing, with exploratory works planned to ensure environmental protection, according to her.

Concerning investments in the existing facilities, the most important one is to build a flue gas desulfurization system at the Ugljevik coal mining and thermal power plant complex, with the aim of cutting sulfur dioxide emissions by 98.4%, Čičković said, noting that this would mitigate the complex’s environmental impact to a significant extent and bring it in line with the domestic legislation and EU regulations.