EPS not to raise electricity price for the time being, energy minister says 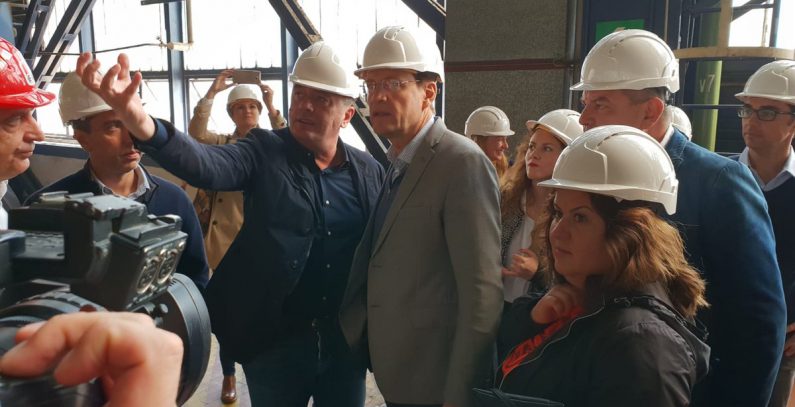 “EPS is operating with profits, and even though representatives of international financial institutions are not happy with the fact that the electricity price [in Serbia] is the lowest in Europe, they understand that the government’s position is very responsible concerning this issue and that the price has to be adjusted to the social-economic situation in Serbia. As the situation improves, so the price will be nuanced,” Antić said in a televised interview.

Asked to comment on the fact that the electricity price is lower in Serbia than in Macedonia, which has “a lower living standard,” and how that affects competition among electricity traders in Serbia, Antić said in the interview with Prva TV: “The electricity price in Serbia is by 20% lower than in the first next country. I don’t see how it is in any company’s interest to sell electricity here when it can do it in its home country at higher prices,” B92 reported.

James Roaf, head of the IMF mission for Serbia, has meanwhile said EPS is “probably the most important company in Serbia,” as the biggest employer in the country and a company very important for the operation of many other companies and households, noting that it is important for the IMF to see that “there is a process of improving the efficiency in EPS, improving the management and the governance of EPS.”

He added: “We are happy to see that progress is being made and we look forward to very much more progress in the future as well,” according to a video file on Tanjug’s website.

Blic meanwhile cited an unnamed source as saying that this means a “time-out” in the application of terms of a World Bank loan.

In March, the World Bank approved the Second Public Expenditure and Public Utilities Development Policy Loan (PEPU DPL 2), in the amount of EUR 160.6 million, to support the Serbian government’s multi-year effort to raise the efficiency and effectiveness of public spending as well as the transformation of the energy and transport sectors, including EPS.

PEPU DPL 2 will support EPS in achieving increased convergence of the guaranteed electricity supply tariff to reach market parity levels from 64% at end-2014 to 80% at end-2018, conditional on the analysis of the financial position of the company and the adequacy of resources for needed investments, the World Bank said in a press release at the time.

Meanwhile, EPS acting General Manager Milorad Grčić said that one of the IMF’s requirements was to improve bill collection to over 96%, noting that EPS will end 2018 with a collection rate of 100.7%, according to a press release from EPS. He also said that EPS plans to revitalize the A1 and A2 units of the country’s largest coal-fired power plant, Termoelektrana Nikola Tesla (TENT), and that it will finance the project from own sources, thanks to savings it has made, according to the press release.

A EUR 54 million coal homogenization and quality management project at EPS’ coal mining and power generation complex should be completed in the second half of 2019, Grčić said last month, according to an earlier press release from the company.

The project is to cut coal consumption at EPS’ thermal power plants by 10% and ensure more reliable operations, Grčić said at the time.