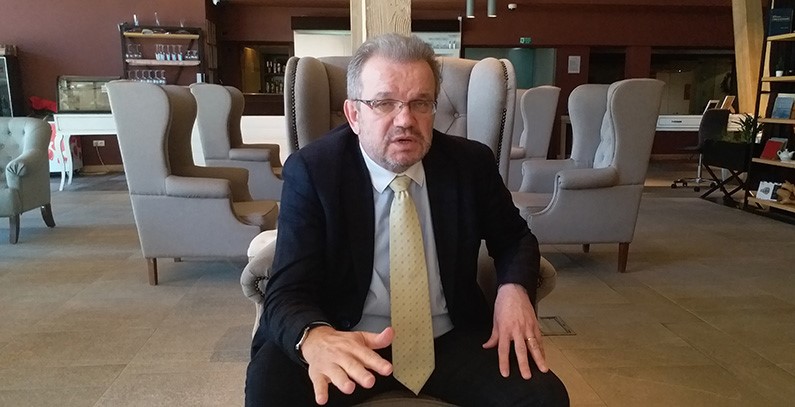 Miroslav Nikolić, head of development for renewable energy sources and energy efficiency at EPHZHB, says in an interview with Balkan Green Energy News that not everything is going smoothly all the time and that there are numerous obstacles, but that keeping up to date with the latest trends and technologies and applying the best global practices is a good way to catch up with energy transition.

We talked to Miroslav Nikolić on Mount Jahorina, on the sidelines of a regional workshop held under the Renewable Energy Policy Consensus – REPCONS project, which brought together experts from Bosnia and Herzegovina (BiH), Montenegro, and Serbia.

Except for Albania’s power utility, EPHZHB is the only one in the region whose production is 100% based on renewable energy sources. To what extent does this make energy transition easier for your company?

It certainly makes energy transition easier for us because we do not have emissions problems and our production is flexible. Energy transition, and particularly decarbonization, creates a number of problems that we do not have. However, there are other challenges that we must address, such as distributed generation and the balancing of intermittent energy sources.

Balancing costs in the BiH are rather high, true, we balance ourselves, which at the moment enables us to avoid such increased costs

The biggest challenge is the integration of intermittent energy sources into the grid. We operate one wind farm, Mesihovina, so that the planning of our production cannot be entirely accurate. Balancing and deviation costs in the BiH system are rather high, which puts a burden on our company.

Other problems include unresolved issues in the BiH regulatory framework concerning balance responsible parties as well as the absence of a rulebook on balancing. True, we balance ourselves, which at the moment enables us to avoid such increased costs, but this is being done at the expense of production at our power plants.

Increased production from renewable energy sources – and this is already happening given that the Jelovača wind farm is now online – further complicates the matter, and each new such power plant creates bigger and bigger challenges.

There are also technical problems, since the electrical grid is not fully adjusted – from the level of distribution, for distributed generation, to high voltage and the transmission network, for new wind farms and large solar power plants. The only solution is to invest in network improvements.

How much can EPHZHB help solve these regulatory and technical problems?

When it comes to technical problems, we are doing a great deal on the distribution network and we are improving its performance continuously, so that losses have been reduced to below 10%. Also, the introduction of the supervisory control and data acquisition (SCADA) system and the network improvements are making it possible to interconnect distributed generation.

In distribution network losses have been reduced to below 10%

We cannot influence the transmission network directly, but we try to do so through proactive steps, presentations of plans, and the highlighting of problems, as well as cooperation with Elektroprijenos BiH. It seems to me that these technical problems will be resolved sooner than the regulatory ones.

We cannot influence the solving of regulatory problems directly, but we are drawing attention to them and proposing solutions, and we are ready to take part in their resolution.

What new power generation capacities does EPHZHB intend to invest in?

We use, and we intend to use, renewable energy sources only. The permitting procedures here are exceptionally demanding and can be very lengthy, causing delays in project implementation, as was the case with the Mesihovina wind farm, which was put in operation last year. We lost seven years on paperwork alone even though we had already secured the financing and completed the design. We are mainly planning the construction of hydropower plants and wind farms, but we also intend to start building solar facilities.

Pumped-storage hydropower plant Vrilo is planned to be put in operation in 2023, and wind farm Poklečani in 2025.

The projects that are closest to implementation are pumped-storage hydropower plant Vrilo, with a projected capacity of 66 MW, and wind farm Poklečani. We have secured financing for Vrilo and we are currently in the process of obtaining the numerous necessary consents, approvals, and permits.

We have completed a preliminary design and an environmental impact study for the Poklečani wind farm, which are based on the installation of 36 wind turbines with a capacity of 2 MW, but these technologies have advanced in the meantime and we are now revising the design. At this point, we are considering the capacity of between 2.3 MW to 4.2 MW for individual turbines. Pumped-storage hydropower plant Vrilo is planned to be put in operation in 2023, and wind farm Poklečani in 2025.

What are the key obstacles to investment in renewable energy sources, besides red tape?

For the most part, there are no serious of obstacles. Financial institutions are prepared to support quality projects, and there are quality contractors as well.

The Poklečani project has drawn the interest of international financial institutions. The biggest problem is obtaining the permits. The entire procedure is extremely complex and lengthy, and there are numerous administrative barriers.

USAID, as part of its project, has prepared a proposal for removing those barriers and submitted it to the respective governments of the BiH entities. The government of the Federation of BiH (FBiH) has tasked the relevant ministries with considering and implementing it, but, unfortunately, not much has been done so far.

Who would have a problem with sorting this out?

That is a mystery to me, too. Indeed, the political system in BiH is complex, and there is some overlapping of jurisdiction, both horizontally – between different ministries – and vertically – between municipalities, cantons, the federation, and the state. We are all aware of that.

I have been working with renewable energy for 20 years, and this issue has been brought up at all conferences and expert gatherings, but no significant progress has been made.

One of the most important objectives of the REPCONS project is to empower experts. Why is that important?

It is extremely important for that to happen – for decision makers to hear and heed the advice of experts. That is why we are trying to make a difference through gatherings like this one, provide a basis for government action, help authorities understand all the problems and challenges ahead of us, and make it easier for them to adopt the right decisions and policies that will enable progress and facilitate the transition.

Everyone has to understand that we need to work on energy transition primarily in order to ensure a better future for all of us, our children

Everyone has to understand that we need to work on energy transition primarily in order to ensure a better future for all of us, our children, and the entire region. But we also have obligations which we have accepted and which we need to meet, and that is why I believe that experts should have a greater role.

The Association of Renewable Energy Sources at the Chamber of Economy of the FBiH, which I chair, has been trying for years to point to these problems from experts’ point of view. I hope that the REPCONS project, too, will help us get the attention of those making decisions.

How will the coronavirus pandemic affect energy transition and decarbonization?

Recession will probably lead to reduced demand for energy and, consequently, lower prices, undercutting the profitability of investments in energy projects. That, in turn, will affect energy transition and decarbonization. A short-term recession would not have a significant impact on the transition, and it could even have a stimulative effect.

Renewable energy technologies are far lower than before, and they have a significant potential to drive favorable economic trends and generate jobs

Competition would strengthen, and more commercially viable technologies would profit. The costs of key renewable energy technologies, such as wind and solar, are far lower than before, and they have a significant potential to drive favorable economic trends and generate jobs, which, in turn, would open up additional opportunities for energy transition.

In any case, every calamity and trouble – this one is no exception – is both a threat and an opportunity. In which direction it will go depends exclusively on us – all of us.