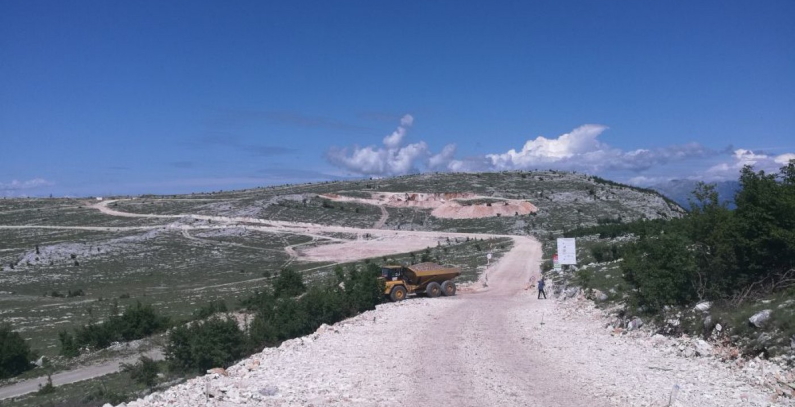 Elektroprivreda BiH said engineers are carrying out blasting works for the foundations of 15 future turbines near Mostar. Siemens Gamesa, Wind Power, HP Investing and Minersko are responsible for the project. EPBiH is investing EUR 83 million in wind park Podveležje.

Bosnia and Herzegovina’s JP Elektroprivreda BiH has announced activities continued at the site of its first wind power plant after the installation of a 110 kV transformer, while it is scheduled to be connected to the grid soon. The facility will have 15 turbines produced by Siemens Gamesa Renewable Energy SA in Denmark. EPBiH, as the state-owned electric power utility is also known, said it expects wind park Podveležje 1 to be commissioned in the first quarter.

Wind Power A/S from Denmark is the other main contractor for the project near Mostar, in the country’s south. Local firm HP Investing doo is a subcontractor. Minersko doo from Sarajevo has started with blasting works for the foundations for the 3.2 MW units.

Siemens Gamesa, represented by its Croatian subsidiary, and Wind Power have a five-year maintenance contract for the system located at an altitude of 760 meters. The cable and fiber optic networks have been finished earlier.

EPBiH sees annual output from its 48 MW wind park Podveležje at 130 GWh. It said the construction will cost EUR 83 million in total, of which the turbines are priced at EUR 69 million. The grid connection deal with government-controlled transmission company Elektroprenos-Elektroprijenos BiH ad, also known as Transco, was worth more than EUR 1 million.

The public utility invested almost EUR 1 million in road repair in surrounding villages. EPBiH has a concession for 30 years. Germany’s KfW Development Bank secured a EUR 65 million loan and a EUR 400,000 grant for Podveležje and the remainder comes from own funds. The blasting works are scheduled to last five months.