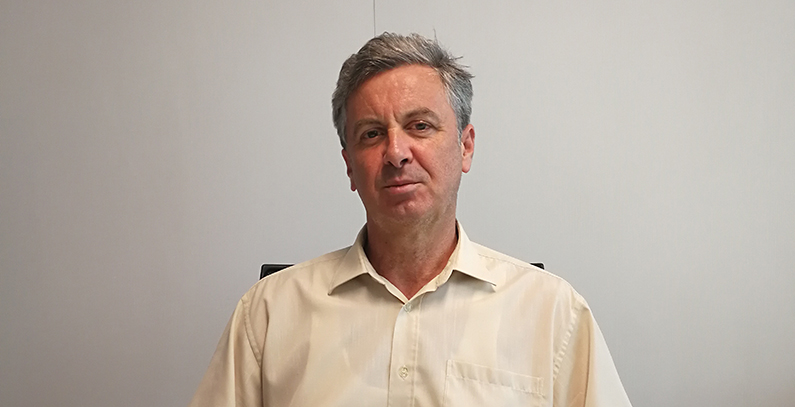 State power utility Elektropriveda Bosne i Hercegovine (EPBiH) has opted for decarbonization, company officials say, but time will tell how successful it will be. Emir Aganović, adviser to EPBiH’s general manager, says that progress so far has been slow and that there are numerous obstacles impeding the construction of replacement capacities – power plants using renewable energy sources.

In an interview with Balkan Green Energy News, Aganović, one of the participants in a recent regional workshop under the REPCONS project, talks about the fate of thermal power plants (TPPs) and coal mines in BiH, explaining why it is necessary to say loud and clear that their closure is inevitable, but insisting that the construction of unit 7 at TPP Tuzla is in line with the European Union’s (EU) goals.

Last year, the Federation of BiH adopted EPBiH’s restructuring program. What does the plan entail?

The focus of the program in the first stage is to unbundle distribution, which is a natural monopoly, from generation, trading and supply, where competition is possible. This is at the same time an obligation under the Energy Community Treaty.

Power utilities will remain the sole owners of newly-founded distribution system operators (DSOs). However, DSOs will have a very high degree of autonomy from the power utilities. This can be done quickly and easily since these activities are already more or less unbundled – all that is left to do is formalize it.

The consequent stages are much more important as they involve making decisions as to how the other activities will be organized while taking into account the status of the mining sector. Currently, EPBiH owns seven mines, and there is only one mine in FBiH that does not belong to the concern. It is impossible to say at the moment in which direction the solution will go, but trends in the development of the future production portfolio must be taken into account, precisely in the context of its transformation, because renewable sources will dominate in the future, while power generation from coal will be reduced.

What options are currently on the table when it comes to the mining sector and TPPs?

It is clear that the demand for coal will decrease in any scenario – it is only the question of pace and the year when its use will eventually cease. Even the new unit at TPP Tuzla, the 540 MW unit 7, will require less coal because once it is operational, three other units, with a total capacity of 500 MW, will be shut down. Those three unit’s efficiency rates are below 30%, and they emit nitrogen oxides and sulfur oxides far above the allowed limits, whereas unit 7 will be in line with EU directives.

Harmful emissions from the TPPs will be brought into line with EU directives before 2027, perhaps as early as 2025

By the end of 2023, we will shut down three units, and another one by 2025, making a total of 600 MW. There will remain two units, which will be modernized to extend their lifespan by another 10-15 years. Before 2027, perhaps as early as 2025, harmful emissions from the TPPs will be brought into line with EU directives.

In any scenario, Tuzla 7 will keep operating as a baseload generation facility

The problem of CO2 emissions can be solved by increasing the efficiency of TPPs. Tuzla 7 will have an efficiency rate of at least 42%, and of up to 60% when operating as a cogeneration facility.

Also, the old units will operate for a limited number of hours. How much time they will spend online will depend on the need for ensuring the security of supply and the speed of the construction of power plants using renewable energy sources.

In any scenario, unit 7, a high-efficiency facility, will remain a baseload generation facility, while the year for shutting down all the other units could already be determined, as is the case in many EU member states.

That is a scenario where we are opting for decarbonization and where we wish to pursue global goals as much as we can, but it remains to be seen how successful we will be. Our experience so far suggests that we are very inefficient and slow and that we have a lot of red tape and obstacles impeding the construction of replacement capacities – power plants using renewable energy sources.

However, we already have tangible data on changes in the structure of consumption and cuts in the production of energy from coal. In 2019, coal consumption at EPBiH’s two thermal power plants, TPP Tuzla and TPP Kakanj, was 35% lower compared with 1990, while the share of renewable sources in overall electricity consumption in BiH has exceeded 50%.

To us, the mining sector is the key issue in energy transition. The mining sector of the Federation of BiH has about 10,000 workers, with a small output and low productivity.

Even without any decarbonization requirements, the number of employees would have to be halved.

We must determine which mines will operate for another five years, which of them for another ten years, and which mines should continue operating for as long as the remaining old units and the future unit 7 do. This will mean closing down some of the mines relatively soon, while increasing the productivity of others.

The most sensitive question is how to carry out the transition in a just manner –providing severance pay, creating new jobs in other sectors, transferring employees to other positions… All this is a far bigger challenge for an underdeveloped and poor country such as BiH than it is for developed European countries.

It should be said loud and clear: Such and such a mine will be closed by such and such a time, so let’s make plans how to do it in a just manner

What do we need? A little bit of vision – political, regional, and any other kind. And we need to say: Let’s develop projects. Let’s apply for EU funds for those coal-dependent regions. The municipalities living off coal, as well politicians at the state level, must know that they need help. They must know that they will no longer be able to live off coal, and that they will have to develop new businesses instead.

That’s why I’m saying that we need a little bit of vision – to look further ahead, rather than just at what’s in front us, as is most often the case here.

It should be said loud and clear: Such and such an asset will be shut down at such and such a time, so let’s make plans how to do that in a just manner.

How much can experts help with all this, as is the idea behind the REPCONS project? Why is it important for experts to have their say?

It is important to politicians, decision makers, local communities, executives, managers, and workers across the energy sector. What is important is for them to realize, to become aware of the situation and of what can be expected.

What is important is continuous education, keeping people informed. After this realization, people need to face such circumstances and become aware of the future that will come in 10 or 20 years. Once we acknowledge the naked truth, we need to start working. Experts are important every step of the way, from acknowledgment to implementation, and they can help in each segment.

Janez Kopač, Director of the Energy Community Secretariat, has said that the Tuzla 7 project will be an economic disaster due to the inevitable introduction of a carbon tax.

The additional increase of tax burden in connection with CO2 will push up prices in the region. Such expectations can be supported by the fact that the region currently has a balance deficit which is set to grow further because capacities under construction are not sufficient and the projects are progressing slowly.

On the other hand, the below-market prices of electricity, which currently do not cover the cost of production, provide plenty of room for increasing revenues and offsetting the additional costs, such as the carbon tax.

Moreover, we are planning to reduce output at TPPs, which, combined with the intensified construction of renewable energy capacities, will see the share of TPPs decrease further. Other available instruments include reducing employee numbers and increasing productivity, which means that there is plenty of room for ensuring sustainable operations of TPPs despite the carbon tax.

In the meantime, the project has resulted in proceedings against BiH.

Our goals are not in collision with European goals, and TPP Tuzla’s unit 7 has its role because it will help ensure the security of supply and energy independence, which are the EU’s original objectives. Also, as provided in the Paris Agreement too, one should take into account specific features of individual countries, particularly the level of development and the availability of resources.

We are convinced that there was no state aid whatsoever, and even if there was, that it cannot be considered irregular

The proceedings in connection with Tuzla 7 refer to the question of whether or not there was any irregular state aid in the provision of guarantees. We are convinced that there was no state aid whatsoever, and even if there was, that it cannot be considered irregular given that a fee was paid and that it corresponded to the market value of fees for similar guarantees.