Energy Community and WISE project: women have a significant role in energy transition – support them! 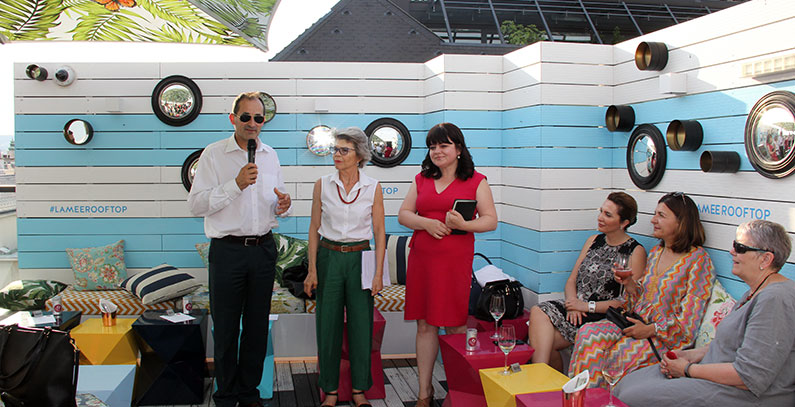 Women are increasingly significant in the energy transition of South-East Europe (SEE) and their role is growing in importance, but it is necessary to support them and work to further strengthen their capacities, visibility, and representation. Following the successful realization of the first phase in Serbia, the Women in Sustainable Energy SEE (WISE SEE) project will soon launch in other countries in the region, with the aim of making a tangible contribution to the process of transition to clean and sustainable solutions and a more determined fight against climate change.

The day before the Sustainability Forum and the Ministerial Council were held, the Energy Community organized a cocktail in cooperation with the Center for the Promotion of Sustainable Development (CPOR) to present to participants in these two gatherings the results of the Women in Sustainable Energy SEE (WISE SEE) project achieved so far in Serbia, as well as plans for regional expansion. Speakers at the gathering, Energy Community Secretariat Director Janez Kopač, Director of Energy Policy in DG Energy (ENER) of the European Commission Megan Richards, and Branislava Jovičić, president of the Center for the Promotion of Sustainable Development (CPOR), were unanimous in concluding that the role of women in energy transition is important and that it is necessary to continue working on their empowerment and networking, as well as that the WISE project is the perfect example of, and format for doing this successfully not only in the region, but also globally.

In his opening address, Janez Kopač pointed to the fact that a growing number of women have an active role in the energy sector, highlighting the Energy Community’s Secretariat as an example, with women accounting for two-thirds of employees and holding the same portion of unit head positions.

“Gender equality and women in energy is a really important topic we at DG Energy are trying to promote and push in our regulatory framework. In the Clean Energy for All Europeans package, one of the most important elements is putting consumers out in front of the energy transition. Women are responsible for a very large part of household energy consumption, so they have a particularly important role. Also, energy poverty affects particularly single parent households, and single parents are more women than men,” said Megan Richards, noting that the European Commission also seeks to encourage young women to opt for STEM (Science, Technology, Engineering, Maths) studies and later jobs and that the energy sector is very interesting in this context. “The whole energy transition is something that has huge potential, and in this process, the role of women is and will continue to be very important,” Richards said.

Branislava Jovičić presented the results of the WISE project in Serbia so far, stressing the importance of the project’s further implementation in other countries in the region. “Our region has not yet truly embraced energy transition as an opportunity for development, but still considers it an obligation imposed by the EU or the Energy Community. It is necessary for this perception to change, and women, as drivers of sustainable development and leaders in change, can significantly contribute to this important task, which is why we are asking all organizations and institutions that wish to help implement our project in Bosnia and Herzegovina, Montenegro, Macedonia, Albania, and other countries to support us in this important undertaking,” Jovičić said.