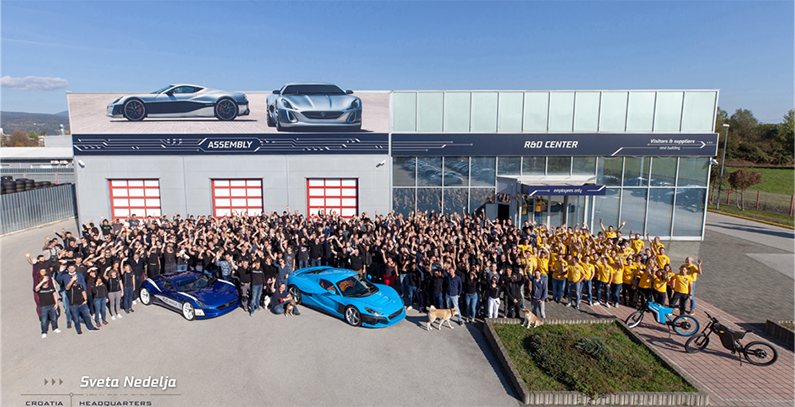 The European Investment Bank (EIB) and Croatia’s Rimac Automobili have signed a EUR 30 million loan for investment in research and development of electric vehicles (EVs) and related components, the EIB said in a press release.

According to the EIB, the financing will allow the innovative car company to further develop its electric driving technologies. It will also support the company`s transformation into a technology solutions provider for EVs and an industrial-scale producer of components for the global automotive sector.

The financing comes in the form of growth capital loan, under the European Growth Finance Facility (EGFF), a mechanism launched in 2016, the press release reads.

According to the EIB, Rimac Automobili has doubled in size over the last 12 months, now employing over 450 people with the majority of them in R&D. In June, automotive giant Porsche AG acquired a 10% of Rimac Automobili.

Rimac will also use the EIB loan to accelerate its research and development and increase sales and marketing effort to enable planned expansion into Asia and Europe, the EIB said.

Founder and CEO of Rimac Automobili Mate Rimac said that it is a long and difficult road to build an automotive and technology company, especially in a country where nothing similar has been done.

“We welcome EIB’s initiative to enable later-stage startups to have an alternative to traditional equity investment,” Rimac said.

Vice president of the EIB Dario Scannapieco said that the EIB has partnered with a company that writes the history of the global automotive industry.

This new project under the Juncker Plan will help develop innovative solutions for electro-mobility in Europe and stimulate the demand for zero-emission vehicles, European Commissioner for Transport Violeta Bulc said.