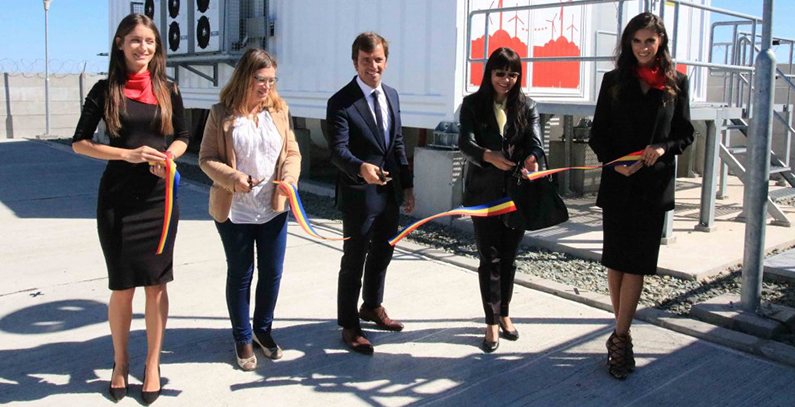 Renewable energy company EDP Renewables (EDPR) has opened a pioneering facility for the battery-based storage of wind energy produced at its Cobadin wind farm in Romania, EDPR said on its website.

The Stocare Project, as this EDPR venture has been named, represents the first energy storage undertaking in Romania, according to the company’s website.

When there is excess production, the system will charge the batteries, and when production is lower than expected, the energy stored in the batteries will be provided to consumers.

According to EDPR, this type of energy storage facility could provide a breakthrough in the energy market over the coming years by turning renewable energies such as wind and solar power into consistently available energy sources, as well as making them more efficient and reliable.

EDPR, present in Romania since 2008, has a total installed capacity of 521 MW in the country, comprised mainly of wind energy. EDPR’s production facilities are located in Dobrogea and Moldavia (wind energy), and Oltenia (solar power).

EDP Renewables is a global leader in the renewable energy sector and the world’s fourth-largest wind energy producer, according to the company’s website.

The company is currently present in 13 markets: Belgium, Brazil, Canada, France, Greece, Italy, Mexico, Poland, Portugal, Romania, Spain, the UK, and the US.  The principal shareholder of EDPR is Energias de Portugal (EDP).

In 2017, EDPR generated 27.6 TWh through facilities with a combined installed capacity of 11 GW in 11 countries. The 26 MW Cobadin wind farm was put in operation in 2012.