Dobrila the griffon vulture flies back to Serbia on Turkish Airlines 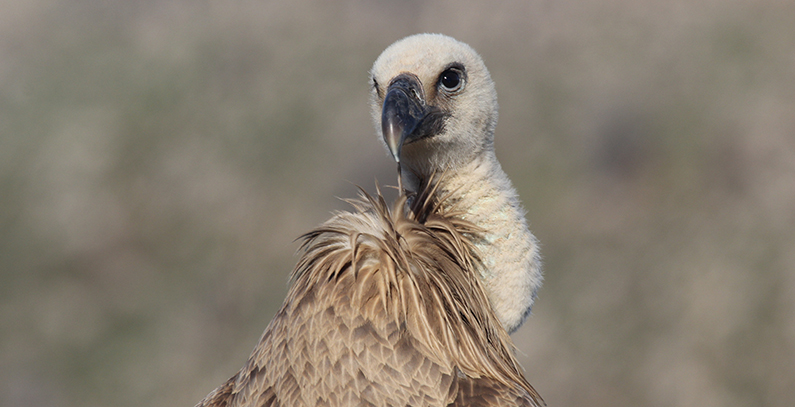 Dobrila the griffon vulture from the Uvac Nature Reserve, found exhausted and cold near the Turkish-Syrian border in late December, has been returned to Serbia by plane.

The female griffon vulture hatched last spring in Uvac and was named Dobrila because of its calmness and quietness during ringing. Sometime in late December last year, she was lost in Turkey and was found around the town of Urfa in the southeast of the country, Serbia’s Ministry of Environmental Protection said on its website.

The bird was found by the locals who tried to help her fly independently, but after several unsuccessful attempts, she had to be taken care of, and preparations had to be made for her return to Serbia.

The griffon vulture (Gyps fulvus) has the status of a protected species in the Republic of Serbia and is protected by international treaties, such as the Convention on International Trade in Endangered Species of Wild Fauna and Flora (CITES). The nesting colony of the griffon vulture in Uvac, which has about 240 pairs, is one of the largest in the Balkans.

Experts say this is not the first case of young birds from Serbia flying to Turkey, Syria, Greece, and Poland, having to return by airplanes. One bird flew away to Yemen, about 3,500 kilometers from Serbia, which was the longest distance.

A guard at the Uvac Nature Reserve,  Stevo Radovanović, told N1 that griffon vultures choose their permanent habitat after five years of age. About two thirds of griffon vultures in Serbia remain in the country, while others fly to warmer areas.

With the help of the Turkish Embassy in Serbia, Turkish Airlines provided free transportation of the bird, while the company also intends to make a documentary about Dobrila.

The bird was welcomed at the airport by Serbia’s Minister of Environmental Protection Goran Trivan and Turkish Ambassador to Serbia Tanju Bilgic.

Ambassador Bilgic said that he is happy Dobrila will return to Uvac, but that if she flies back to Turkey, the country will be happy to keep it, with the approval of Serbia.