Photo: The mode of CCPP unit at the EL-TO Zagreb CHP plant 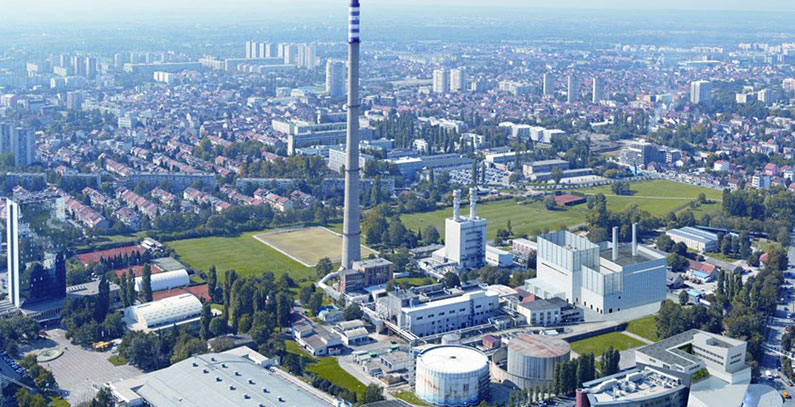 State-owned power utility Hrvatska Elektroprivreda (HEP) has officially started the construction of a new gas-fired combined cycle power plant (CCPP) unit at the EL-TO Zagreb combined heat and power (CHP) site. The HRK 900 million (EUR 120.7 million) unit with a power output of 150 MW and heat output of 114 MW is scheduled to be completed in 2022.

The CCPP unit is HEP’s largest individual investment in new generation facilities in the last ten years, according to the company website.

The new EL-TO Zagreb CCPP unit is financed by loans from the European Bank for Reconstruction and Development (EBRD) and European Investment Bank (EIB) with the guarantee of the European Fund for Strategic Investments (EFSI), the main pillar of the Investment Plan for Europe (Juncker Plan).

The project is funded by the EBRD, EIB with guarantees from the European Fund for Strategic Investments

The expected annual production is 675 GWh of electricity, 450 GWh of thermal energy, which will be used by Zagreb’s district heating system, as well as 160 GWh of process steam.

The new unit will reduce total gas consumption by 25% and CO2 emissions by 150,000 tonnes per year

Owing to significantly lower specific CO2 emissions by the new plant than by the old unit A, 187 grams instead of 682 grams per kilowatt-hour, emissions of 150,000 tonnes of CO2 per year will be avoided under the average expected production scenario, HEP said.

The contractor is Italian company FATA, a member of the Danielli group

The new cogeneration unit will be constructed by Italy’s FATA, a member of the Danielli group. The engineering, procurement and construction (EPC) contract and the long term service agreement were signed in 2018.

The groundbreaking ceremony was attended by Croatian Prime Minister Andrej Plenković and President of HEP’s Management Board Frane Barbarić.