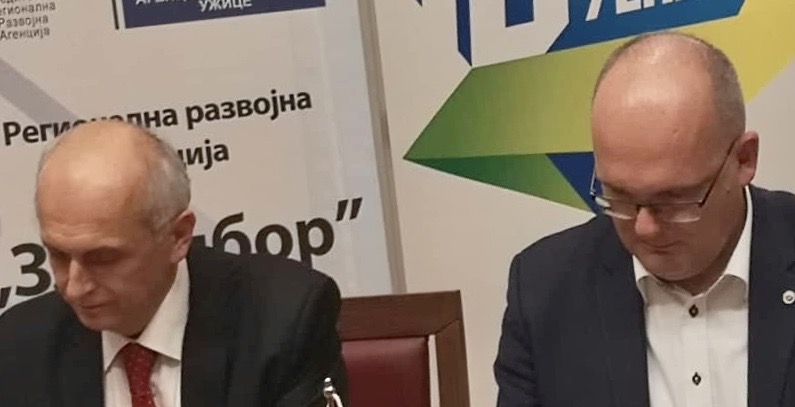 The North-West Croatia Regional Energy Agency (REGEA) and Regional Development Agency Zlatibor (RRA Zlatibor) in Serbia have signed a memorandum of cooperation that envisages establishing Serbia’s first energy agency, according to a press release from REGEA.

With the aim of creating a sustainable and efficient model of energy transition, REGEA and RRA Zlatibor will exchange information, knowledge and relevant practices, and encourage and support all forms of cooperation aimed at establishing adequate institutional models for the coordination of energy transition, according to the press release.

RRA Zlatibor Director Slavko Lukić said that the current situation calls for considering a strategic approach to the region’s sustainable development, and that this is the reason why the GIZ DKTI Development of Sustainable Bioenergy Market in Serbia project helped organize a study visit to Croatia, during which the memorandum was signed.

“We thought that it was of crucial importance for our partners from the [Zlatibor] region to see first-hand the models which have existed in Croatia for a long time and which have proven to be exceptionally effective,” according to him.

REGEA director: energy agencies in the EU are leaders of energy transition

REGEA Director Julije Domac said that energy agencies in the European Union are certainly leaders of energy transition, adding that REGEA believes its support to Serbian colleagues in setting up an energy agency will represent a joint contribution to tackling climate change.

Domac added that REGEA has cooperated with Europe’s best on an equal footing for 11 years now, and that he is happy to see that the agency can also inspire neighboring countries with its knowledge and experience. The memorandum was signed at Energy Center Bračak, the first such center in Croatia.

Saša Vasilić, chairman of the Zlatibor district’s working group on biomass and energy efficiency, said that agriculture, tourism, and the processing industry are sectors that make this region recognized beyond Serbia’s borders, and that it is of crucial importance that the region’s future development be based on circular economy, energy efficiency, and low-carbon processes in order to conserve its resources.