Construction of new CHP plant in Zenica starts, completion expected by end of 2020 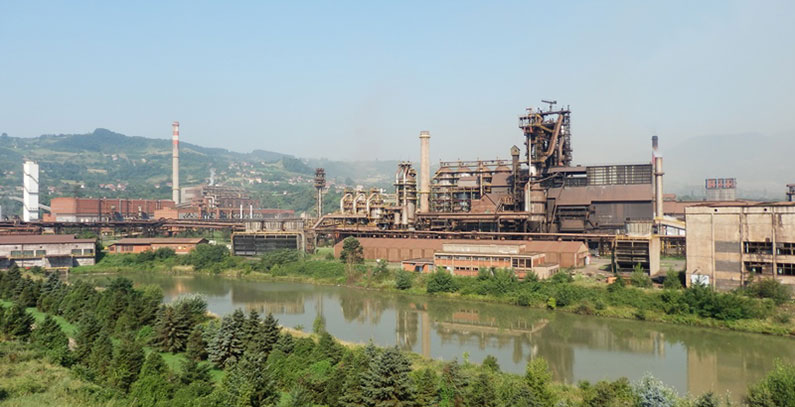 New combined heat and power (CHP) plant Toplana Zenica, expected to start operation in 2021, will eliminate the use of coal for district heating and utilize waste gases from the ArcelorMittal Zenica steel plant, it was said during the official start of the construction works in the town in central Bosnia and Herzegovina.

ArcelorMittal Zenica CEO Nikhil Mehta said the construction works are expected to be finished by the end of 2020.

New CHP facility will not use coal, which translates to the complete elimination of SO2 emissions

It means the new CHP facility will not use coal in its boilers, which translates to the complete elimination of SO2 emissions and a more stable supply of heat to consumers, he said.

Zenica is one of the cities with the most polluted air in the region.

The CHP plant is being built by joint venture established by ArcelorMittal Zenica, the City of Zenica, KPA Unicon , and Finnfund

According to an earlier statement by BiH’s Federal Environment and Tourism Minister Edita Đapo, the EUR 53 million project will reduce SO2 emissions by 70% from current levels.

The financing agreement for the facility was signed in March last year. The EUR 46 million package was secured by the European Bank for Reconstruction and Development (EBRD).

Zenica Mayor Fuad Kasumović said it is very important the city didn’t have to take a loan for this investment.

The city secured only BAM 4.7 million (EUR 2.4 million) as a founding stake in the business, he said.

The cogeneration facility will supplement the steam and blast air that are currently made in the steelworks, EBRD said. The plan is also to take over district heating for the city from ArcelorMittal Zenica, the bank added on its website.

The investment includes the replacement of all outdated, coal-based steam generators with the best available techniques, fully using recovery gases from the steelworks and natural gas as a backup fuel.

The waste gasses from the steel plant are currently flared or inefficiently used. The estimated CO2 savings are 200,000 tonnes per annum.