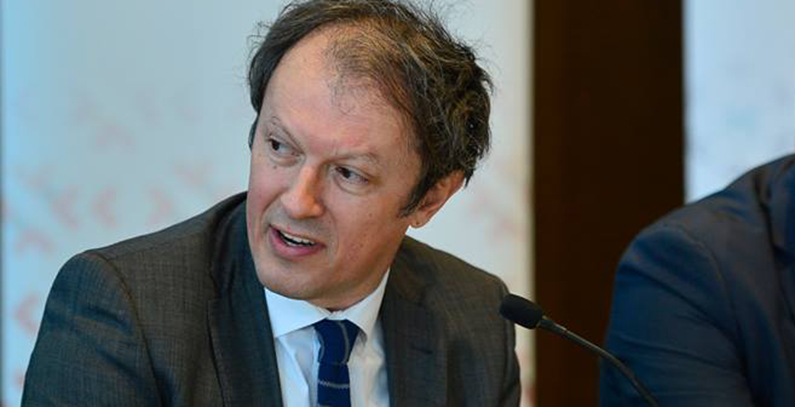 Miloš Mladenović, managing director of Serbian power exchange operator SEEPEX, believes that the latest EU regulations introduce competition in the operations of power exchanges, which means that consolidation is inevitable for small power exchanges. In an interview with Balkan Green Energy News, Mladenović also discussed cooperation with Hungarian exchange HUPX, the introduction of an intraday market at SEEPEX, market coupling of day-ahead markets in the region, and options for renewable energy sources to be traded on the Serbian exchange.

What do you expect from the recently signed Memorandum of Understanding with Hungarian exchange HUPX?

The signing of the Memorandum of Understanding with relevant partners from the EU, Serbia, and Hungary (EPEX SPOT, HUPX, MAVIR, and Elektromreža Srbije) marked SEEPEX’s first step in the creation of a strong, single business infrastructure and the establishment of the first cross-regional power exchange in Central and Southeastern Europe.We believe that this is a very significant step towards the integration of electricity markets in the Southeastern European (SEE) region, and its subsequent integration with the EU’s internal electricity market. We also believe that it provides a roadmap for other players in the region, one showing that keeping markets strictly national is inefficient, especially in view of national markets’ fragmentation and size, and the fact that they are insufficiently liquid to secure efficient and sustainable operations.

What is the status of day-ahead market coupling?

The pace of market coupling largely depends on when neighboring countries will form their power exchanges. As far as SEEPEX is concerned, market coupling with the 4MMC bloc (the single day-ahead market of Hungary, Romania, Slovakia, and the Czech Republic) has already been recognized as the prime strategic goal, and the first practical steps have already been taken in cooperation with partners from the Central and Eastern European region. One of key moves in achieving this goal is the signing of the mentioned Memorandum of Understanding between EPEX Spot, HUPX, MAVIR, EMS, and SEEPEX on the creation of a strong regional power exchange for Central and Southeastern Europe, which will make the challenging project of coupling the spot market of Serbia and the 4MMC market more feasible.

Keeping markets strictly national is inefficient, especially in view of national markets’ fragmentation and size, and the fact that they are insufficiently liquid to secure efficient and sustainable operations.

Market coupling is also a way to boost SEEPEX’s liquidity?

One way to significantly increase liquidity is to introduce certain regulatory requirements, which is a concept that has not been recognized so far in the national legal and regulatory energy framework. The other way is to implement certain integration processes, both on the functional and corporate levels. Consequently, the planned integration process with HUPX has been recognized as one of the main goals and key priorities of SEEPEX in 2018. The implementation of the planned concept is expected to bring about not only a significant liquidity boost and more members for the Serbian day-ahead market – thanks to combining member lists and the planned integration of the SEEPEX and HUPX (4MMC) spot businesses – but also clear corporate benefits, primarily through optimizing operations and related business processes.

At the same time, the creation of a single regional exchange that could efficiently meet all demands of a competitive market framework that EU regulations (primarily CACM GL) would impose in this field would ensure a fresh affirmation of SEEPEX – and Serbia as a whole – as proven pillars of the process to create a regional power market in SEE and its further integration with the EU’s internal electricity market.

What is the regional markets’ outlook for the near future?

The EU’s experiences so far, and the latest trends, show that the consolidation of technical and financial capacities is very important for the successful and sustainable operation of national and regional organized markets (spot markets) in order to ensure needed liquidity and secure a stable and robust benchmark price. In view of the size of national markets in the SEE region, which, on their own, are not liquid enough to secure efficient and sustainable operations, or the best European practice in the field (the creation and consolidation of EPEX SPOT through the integration of originally fragmented power exchanges, the creation of Nord Pool as a single exchange for the Nordic region), it can be said with great certainty that the integration of national markets, both on the functional and corporate levels, is the only approach ensuring a safe and sustainable future both of existing and planned power exchanges in the SEE region.

The planned integration process with HUPX has been recognized as one of the main goals and key priorities of SEEPEX in 2018.

When do you expect SEEPEX to introduce an intraday market?

SEEPEX is expected to implement and launch an intraday product in late 2018. Details will be unveiled after particulars of the business process are aligned with the relevant partners – EPEX SPOT, ECC, and members of the organized market. The initial plan is to introduce a non-continuous intraday product with a certain number of auctions within a single day.

Members will get a platform to better position their offers. This is especially important for production companies if, for example, there is a change of plan: these companies have to plan their capacities a day ahead, but sometimes there is a stronger inflow, a higher temperature, and this is an opportunity to fine-tune their positions on the market.

Electricity produced from renewable energy sources (RES) could be traded on SEEPEX. What do you think about that option?

Given that the classic feed-in model of incentives for renewable energy producers is still in place in Serbia, with state power utility Elektroprivreda Srbije (EPS) being the only and mandatory buyer of this energy at subsidized prices, as well as in view of the fact that the installed capacity from RES is still relatively small in Serbia (this, of course, will change with the construction of planned wind farms with a total installed capacity of 500 MW, which should largely go on stream by the end of 2019), it is still too early to make more precise assumptions and forecasts on this matter.

Once significant changes take place in this area, primarily in terms of incentives (the planned switch from the feed-in model to the premium feed-in model), alongside the planned growth of installed capacities, SEEPEX will surely be one of the most certain options for safe and transparent trading in this type of energy. As it is planned for an intraday product to be available on SEEPEX by the end of 2018, it is clear that this is, without a doubt, the best and most efficient option, which is also in line with the best European practice in this area. Of course, the relevant primary and secondary legislation, i.e. the appropriate legal and regulatory framework, needs to be amended to enable the implementation of this concept.

Can a feed-in model require an obligation to trade energy on the exchange?

Under the premium feed-in model, which is being increasingly applied, and toward which Serbia is moving as well, trading renewable energy on the exchange is mandatory. This is also important for regulators as it enables them to see how this electricity is valorized. However, even the feed-in model can require the company offtaking renewable energy to trade it on the exchange.

What are the results after two years of SEEPEX’s operations?

The second year of SEEPEX’s operations not only confirmed the reliability and efficiency of the applied business model, it was also marked by certain unfavorable external factors that caused certain disturbances on the regional electricity market (the leading cause, poor hydrological conditions in the region), which, to an extent, drove down the volume of trade. Even so, SEEPEX registered a continued trend of strong growth, recording a constant increase of members and liquidity, while also introducing a block product, an innovation to enable members to more efficiently form day-ahead portfolios.

The last quarter of 2017 showed that the regional wholesale market stabilized, with a significant year-on-year increase in trade registered on SEEPEX. In December 2017, SEEPEX reported a record monthly trade volume of 144.2 GWh, up 160.7% compared to December 2016. A similar trend continued in January 2018, when the exchange saw a 150% jump compared to January 2017, while the year-on-year surge in February was 263%.